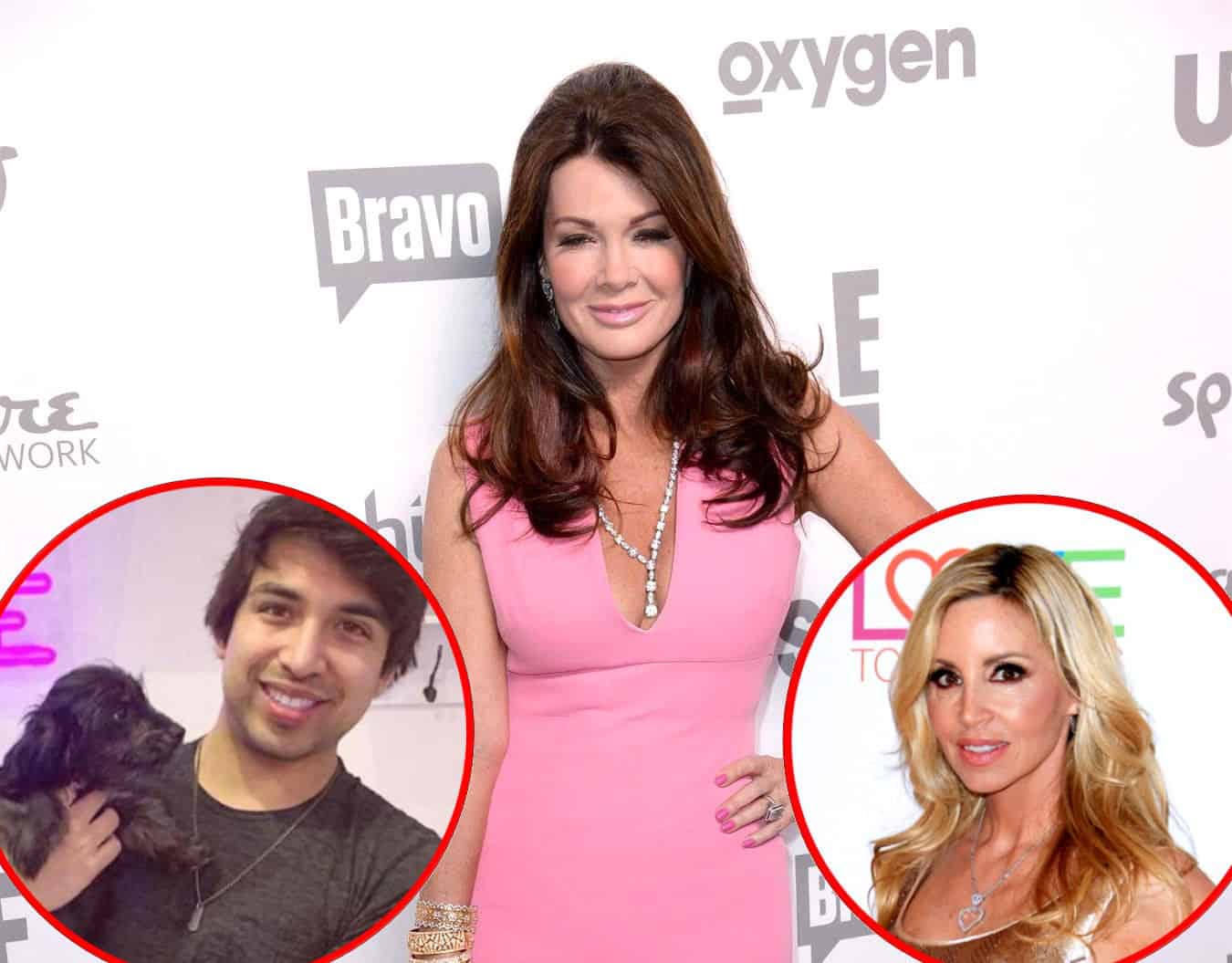 Lisa Vanderpump was confronted about John Blizzard, who played a key role in the “puppy-gate” scandal of The Real Housewives of Beverly Hills season nine, over the weekend.

After a fanpage on Twitter suggested that John was a “groupie” of a well-known Real Housewives reporter who recently spread a rumor suggesting PUMP Restaurant had gone bankrupt, Lisa revealed if John is still employed at Vanderpump Dogs before commenting on an old scene of RHOBH featuring Camille Grammer.

“Yuk,” Lisa replied after reading about what the reporter had done.

Then, after another person said, “Blizzard is his groupie,” and encouraged Lisa to “watch out,” Lisa wondered if it was John Blizzard who the person was talking about. 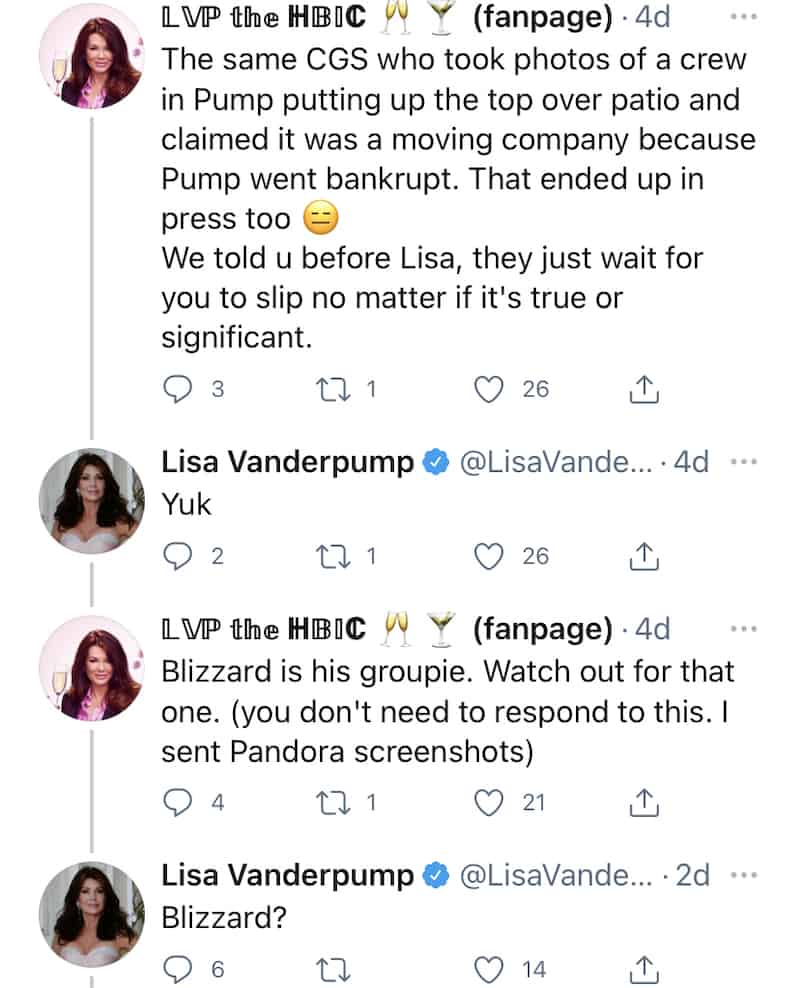 As RHOBH fans will recall, Teddi Mellencamp claimed to have gotten information from John amid Lisa’s drama with Dorit Kemsley on season nine. The information was in regard to the dog Dorit had adopted from Vanderpump Dogs and the negative story that ultimately accused Dorit of abandoning the animal.

Although “puppy-gate” wasn’t mentioned on Twitter, Lisa did confirm that John is no longer working for her after another fan suggested he should be fired.

“Sounds like Blizzard needs to be fired if this is true — just saying,” the person wrote. 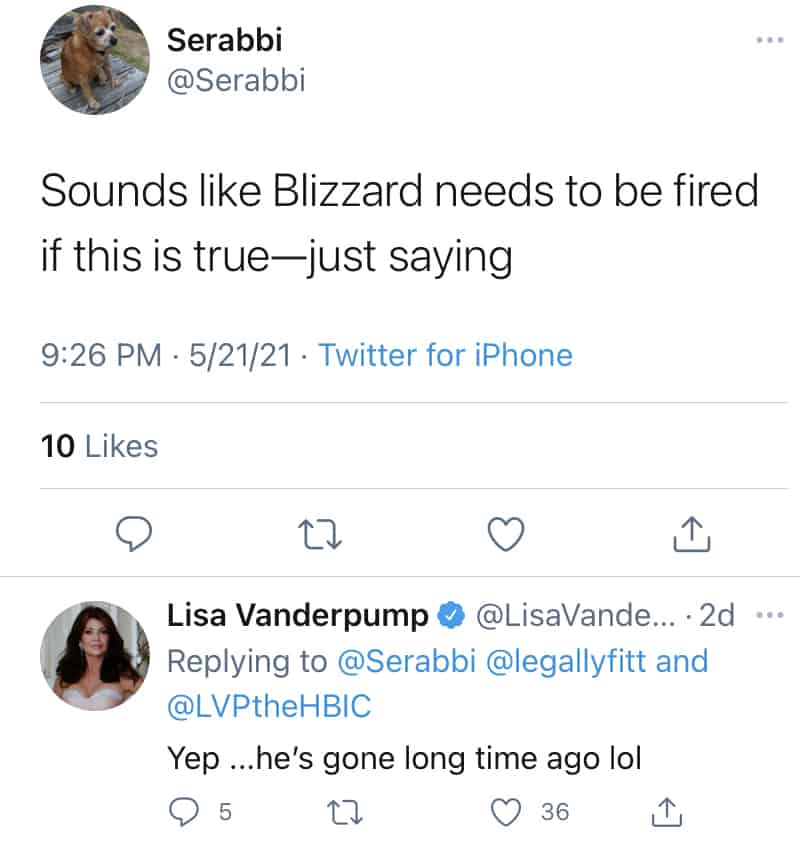 Also on Twitter, Lisa responded to a conversation between Camille and Andy Cohen, which took place backstage during the RHOBH season 10 reunion.

“Lisa Vanderpump is so nice and caring and giving and I miss her. There’s parts I understand what these girls are talking about but you can still miss somebody. Andy, isn’t it okay for me to say something nice about Lisa without them all jumping on me?” Camille asked through hysterics.

In response to Camille’s comments and claims against her castmates, Lisa admitted that she hadn’t seen the moment before.

“Omg I never saw that …geez… [Camille Grammer] thank you for standing up,” she replied.

The Real Housewives of Beverly Hills season 11 airs Wednesdays at 8/7c on Bravo.