Lisa Vanderpump Opens Up About Her Finances Taking a Hit Amid Pandemic, Plus the Vanderpump Rules Star Reacts to Lala Kent’s Pregnancy and Talks Vanderpump Dogs Spinoff 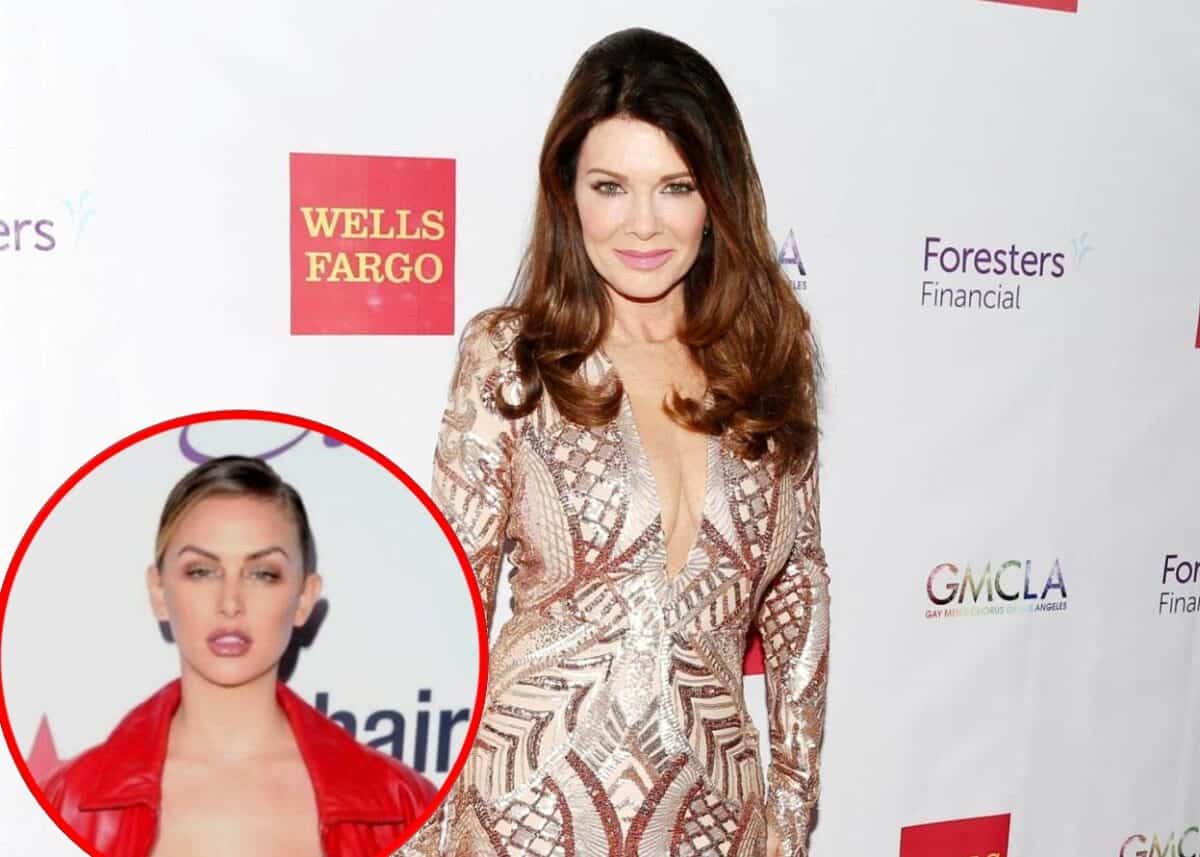 Lisa Vanderpump appeared on the latest episode of Lala Kent and Randall Emmett‘s podcast, where she opened up about her finances as she also reacted to the good news from the Vanderpump Rules couple who shared their exciting baby news with her for the very first time.

In addition to reacting to Lala’s pregnancy by revealing how she believes Lala will be as a mom, the former Real Housewives of Beverly Hills cast opened up about the highly-anticipated addition of Randall to the Pump Rules cast, spoke about reopening her restaurants, and teased her new spinoff, Vanderpump Dogs.

“A baby?!” Lisa exclaimed upon hearing the news on the September 2 episode of Give Them Lala… With Randall. “Oh my goodness, a little baby Emmett. How exciting for you guys! It makes me want to cry. I’m very happy for you.”

According to Lisa, she believes Lala will be a “very loving” and “wonderful” mother and hopes she and Randall will “savor every moment” with their son or daughter.

“Video as much as you can. Take as many pictures [as you can] because you think you’re going to remember every moment and you don’t because it all goes by [so fast] and it’s all so overwhelming. The first year, just kiss that little munchkin!” Lisa advised.

While Lala described Lisa as “wealthy [as f**k]” during the episode after Lisa revealed that she is now doing her own nails, Lisa clarified that she “used to be” wealthy prior to the pandemic before saying she hopes it will be safe to reopen her restaurants soon.

“Five months of paying rent and insurance, and having no business is taxing, stretching, [has been] a bit of a nightmare. But we’ll get back on track soon,” she shared. “When we do decide to open, we have good-sized patios. Pump is 90 percent garden. TomTom has two gardens and we can put tables outside. So we are very fortunate with that but we’ve just been waiting for it to be safe.”

RELATED:  Randall Emmett Shares What Upset Him on First Date With Lala Kent and Why He Fell For Her, Calls Jax Taylor “Greatest Villain” of Reality TV Plus How Doing Vanderpump Rules Helped Their Relationship

She added that one of her restaurants is still currently open.

“Vanderpump Garden is open but distancing is essential and Caesars is doing a really good job with that,” she stated about her Las Vegas eatery which she opened last year.

The Pump Rules boss also admitted during the interview that she helped her two children, Pandora Sabo and Max Todd, buy their homes.

“I did buy them both… gave them the deposit for a place to live and they both have a mortgage,” shared Lisa. “Pandora and Jason have a mortgage and Max has a mortgage. I gave them a start but I like them to have their responsibilities.”

As for her new show, which will air on NBCUniversial’s streaming service, Peacock, Lisa said it will be a “beautiful show.”

“It’s going to be about all the individual stories, about the people, about the dogs and their past, and trying to match the right dog with the right person,” she revealed. “There’s a lot of very interesting people out there. I think there’s so many stories to tell.”