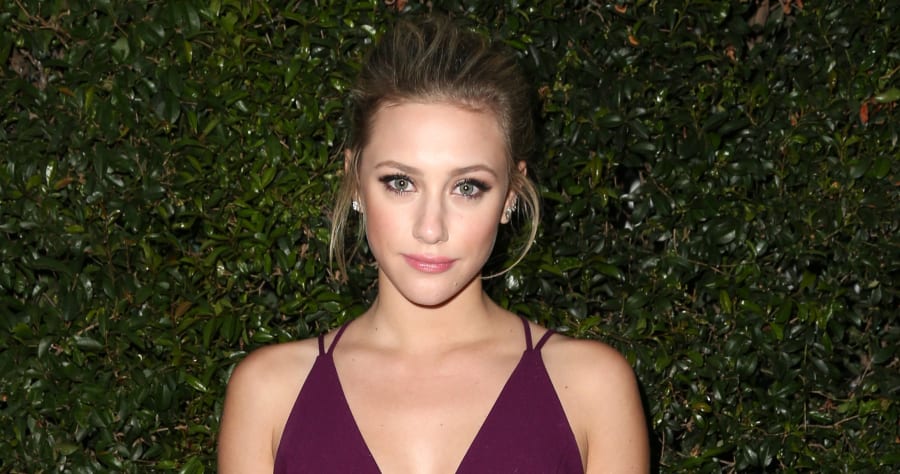 “Riverdale” star Lili Reinhart posted then deleted a photo that has sparked a charged fan debate.

Reinhart had posted a Halloween costume image of a demon, with black makeup on the face and a black outfit. That made some fans uncomfortable, seeing it as blackface. Others said it wasn’t blackface — unlike what Julianne Hough did by darkening her face to play Crazy Eyes from “Orange Is the New Black” — because it had nothing to do with African-Americans or culture. It was just a demon costume.

Reinhart deleted her original post, but nothing stays dead online. Here’s the image in question:

Lili tweeted this out but she never intended any harm, as you can see. pic.twitter.com/332i8XnvHR

She wasn’t even dressed in the costume herself, just making a joke about her dark soul — and maybe a nod to Dark Betty on “Riverdale.”

But she recognized why it upset some fans, so she removed the pic and apologized:

I apologize. Never meant any harm. I can see how it could’ve been misinterpreted.

Many fans replied with confusion about the problem, or blamed others for being so easily offended. But, to be honest, most of the replies appeared to come from white fans, who aren’t really in position to be deciding what’s racially insensitive in this context.

Here’s an example of the debate the pic and apology sparked:

the IGNORANCE in these replies. blackface is not funny or cute & is racist regardless of intent

she obviously didn’t mean for it to be, but she has recognised it & apologised for it & won’t do it again. pls stop defending blackface🙄

It’s not blackface? The costume wasn’t a black person it was a demonic creature? Demons all black like ghosts all white.

Regardless of intent, if people were offended they have the absolute right to speak up and say they find something offensive!

People get offended by literally everything nowadays. Racism is a huge issue I agree but this wasn’t racism, seeing it as such is a reach.

No one seems to be mad at Lili Reinhart, who quickly apologized (twice) and moved on. But fans do seem to be tense with each other on this point, whether out of defense for Reinhart or just perceptions on what should be OK or not.