Leah McSweeney Disses Carole Radziwill For Blocking Her on Instagram, Accuses Her of Being Friends With Ghislaine Maxwell, Plus Carole Shades RHONY Cast 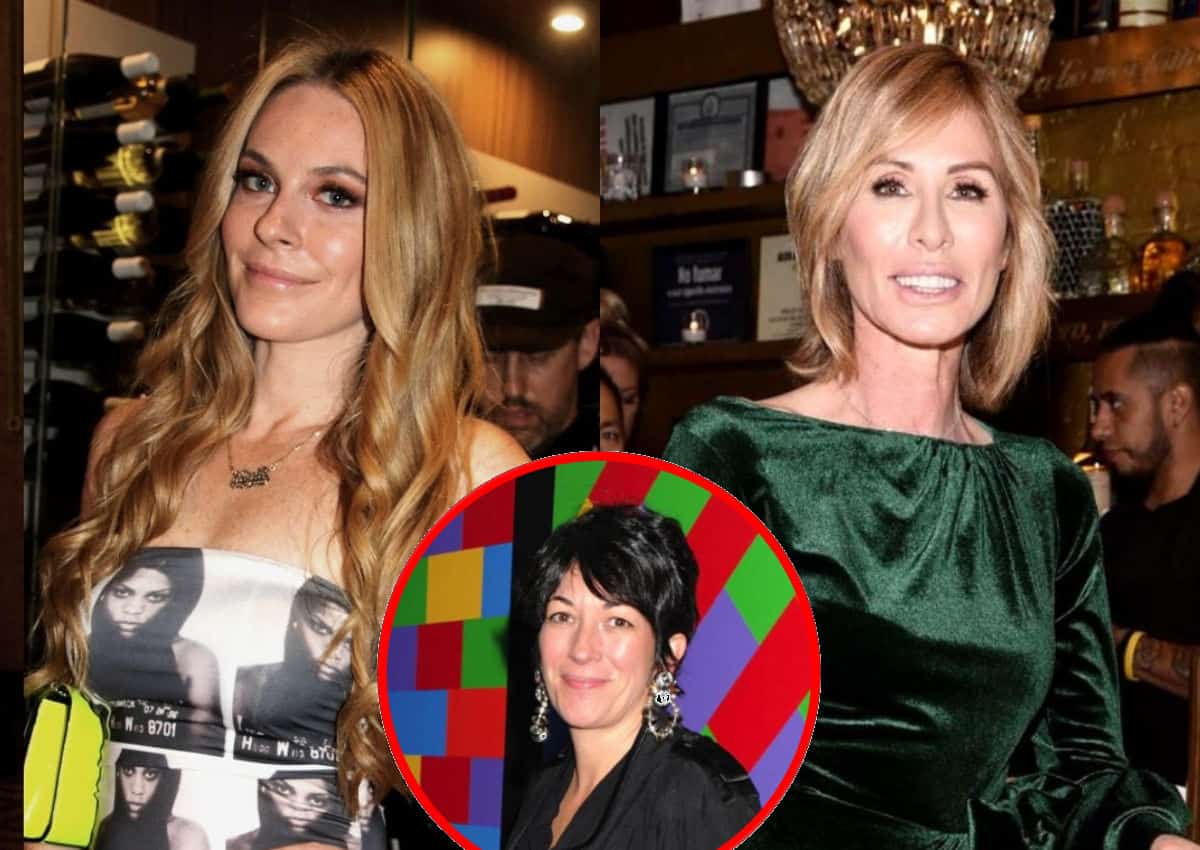 Leah McSweeney spoke out against Carole Radziwill after seeing that the former Real Housewives of New York City cast member had blocked her on Instagram.

After confronting Heather Thomson about comments she made about Luann de Lesseps and the rest of the cast on her podcast on Tuesday night’s episode of the Bravo reality series, Leah reacted to Carole blocking her before spotlighting her relationship with Ghislaine Maxwell.

“This is so weird,” Leah wrote according to a screenshot shared by the Queens of Bravo on Twitter. “I’ve never uttered a word about her ever but I do have a question for her… How is the s-x child trafficking bestie [Ghislaine] doing?”

As some may know, Ghislaine is currently in jail awaiting trial after being accused of allegedly scouting teenage girls for the late Jeffrey Epstein to sexually abuse. 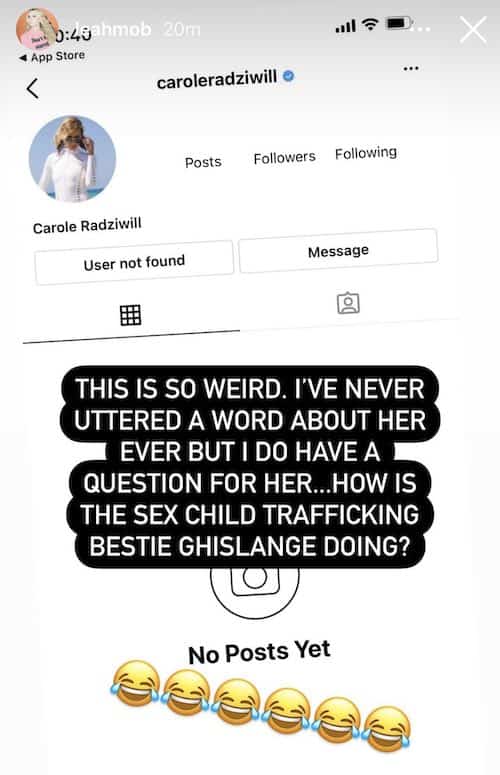 Leah’s comments come due to the fact that Carole was photographed many years ago with Ghislaine at some public events, but there is zero proof that they were close friends or that Carole was aware of the crimes Ghislaine is being accused of.

Also on Instagram, Carole shaded the RHONY cast after Heather mentioned that the ladies weren’t happy about the episode she shared, which featured Carole as a guest.

“I dropped by the Hamptons to hang out with the girls for a few days and they really had a lot to say about my podcast episode with [Carole Radziwill],” Heather wrote.

“I suppose they have to talk about something on that show,” Carole replied.

As fans may recall, Heather welcomed Carole to her podcast, In My Head With Heather Thomson, in September 2020, and she insinuated that Luann had offered her not only a “joint” but also “stronger drugs.”

“I was sleeping hard [in my room] and all of a sudden I heard a knock at the door and I heard Luann’s deep voice and I got nervous,” Heather recalled. “What’s crazy was, she had brought me a joint and she said, ‘We brought you this!’ and I’m like dead asleep, I’m like, ‘Hey thanks! Appreciate it.’ And then…other things happened. Stronger drugs came out and I was like, ‘Woah!’ I remember saying to Luann like, ‘I’m not into this. I’m asleep and there’s cameras right outside.’ And I’m just like, ‘You guys gotta get out of here!’”