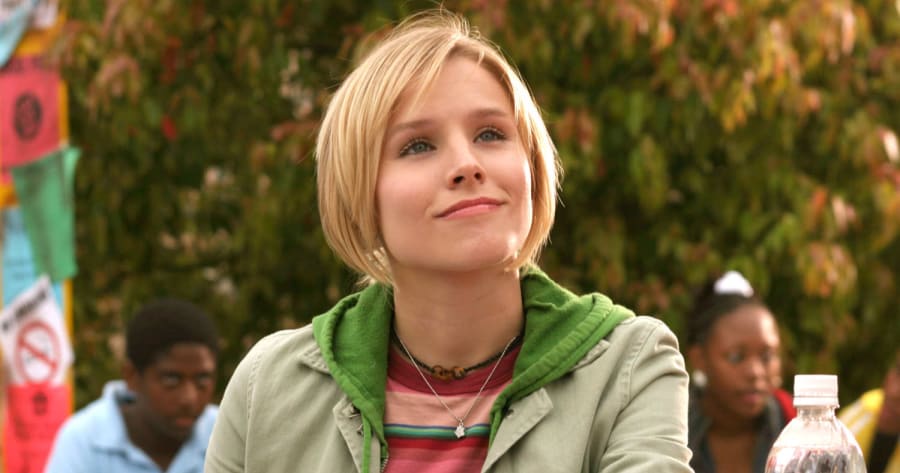 “The Good Place” star Kristen Bell just gave fans hope for a “Veronica Mars” miniseries — but will we all be alive when it finally happens?

“Veronica Mars” premiered in 2004 and lasted for three seasons, then — in 2014 — a movie was released via Kickstarter funds.

Bell’s “Veronica Mars” costar Ryan Hansen got the ball rolling in terms of the future of “Mars” by calling into Bell’s Facebook Live chat with IndieWire. Here’s what Bell had to say:

“[Creator] Rob [Thomas] and I are sort of in constant contact about when we could do it again. There’s a lot of willingness and commitment to doing it again.

Personally, and I think that Rob probably agrees, (A) we’ll never make the fans pay for it again, (B) the format works better in an episodic, where you get a little more of it. So we want to do a miniseries. We are willing to put the effort in. I mean, if I have to do it as ‘Murder, She Wrote’ at 80, we’re going to do it. It’s going to happen.”

No one better dare be taking shots at “Murder She Wrote,” which is one of the best crime shows of all time. It would actually be awesome to see a Golden Girl Veronica Mars still solving crimes like Jessica Fletcher or Miss Marple.

But, since Kristen Bell is currently 37, that would be a long wait till she’s 80. Let’s hope she and Rob Thomas can find a way to clear their schedules and come up with the perfect miniseries. ‘Cause she’s right that that format works better than a movie.

Bell did say something similar last year to TVLine — that they want to do a limited series rather than a movie and “we’re not going to ask the audience to pony up for anything.” Rob Thomas also chimed in to say they both want to find a way to do a six-episode Veronica Mars mystery, he just didn’t know when it would be.