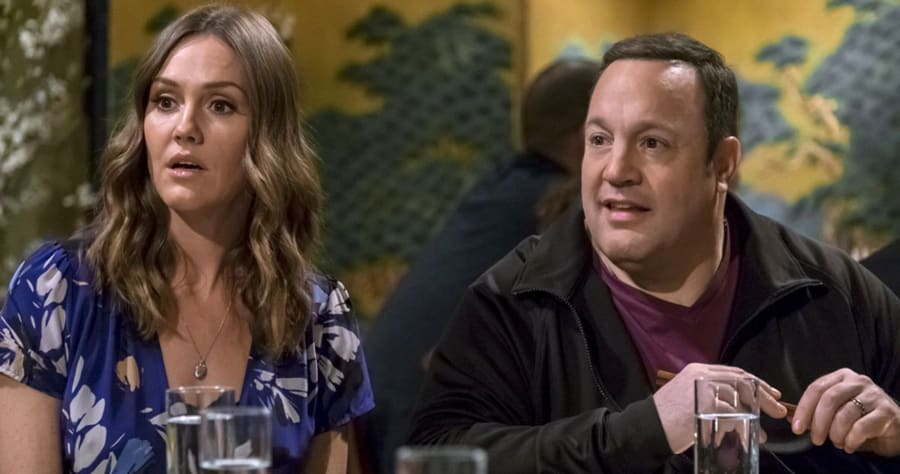 Fans were confused and angry earlier this year when Kevin James sitcom “Kevin Can Wait” revealed its intention to kill off the titular character’s wife, and then unceremoniously did so with a throwaway exchange during the season two premiere. But according to James, there’s a simple explanation for why the show took such a drastic step.

In an interview with the New York Daily News, the actor opened up about the controversial choice, which blindsided actress Erinn Hayes, who played Kevin’s wife, Donna. James explained that the original pitch for “Kevin Can Wait” had the actor playing a single father, but later in the development process, the character became a family man with a wife and three kids.

It turns out that producers couldn’t let go of that initial concept, though, with James admitting that the standard sitcom needed a major change in order to survive.

“I get that people are like ‘Whoa, why would you do this?’ But it really felt like a thing like this was needed for this show to drive forward,” the actor told the Daily News. ” … The plot of the show didn’t have enough drive. If we got through a second season, I wouldn’t see us getting through a third one. We were literally just running out of ideas.”

According to James, killing off Donna opens up lots of new territory for Kevin.

“Now, I have to deal with my daughter in a different way, and she’s gonna go to college, or one’s getting married, or the holidays,” he told the Daily News. “And it deals with things in a different, weightier way.”

It’s pretty uncommon for an actor to admit that his show was literally running out of ideas, though we appreciate James’s brutal honesty. We’ll have to wait and see if “Kevin” makes it to a third season to see if its bold move pays off.