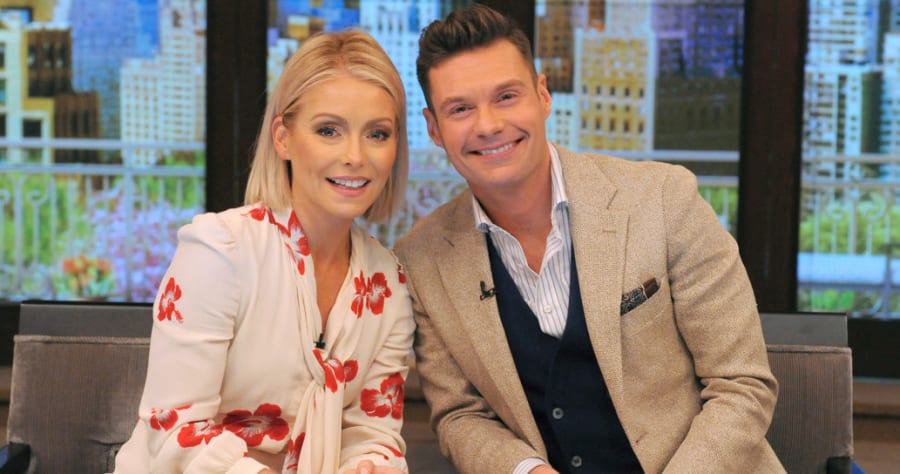 Kelly Ripa reportedly “threw a sh*t fit” over her “Live With Kelly and Ryan” co-star Ryan Seacrest‘s planned “Good Morning America” appearance, and made him cancel at the last minute.

According to Page Six, multiple sources say Seacrest was scheduled weeks in advance to be on Wednesday’s GMA and join the “American Idol” team to promote the new season. One source said the day before, maybe even as late as the night before, “Kelly threw a s–t fit and told him he couldn’t do ‘GMA,’ so he pulled his appearance.”

Seacrest reportedly canceled the gig to stay on Ripa’s good side. “She’s an executive producer on the show, so she has a lot of pull,” another source said. “It’s fair to say she has a lot of influence over him. He joined her show. It sounds like she still feels threatened.”

A source added that “there’s still bad blood” between Ripa and her former co-host Michael Strahan, who left “Live!” for “GMA.” Ripa “doesn’t want history to repeat itself and Ryan to be lured to ‘GMA’ too.”

Seacrest’s spokesperson told Page Six that he had wanted to appear on “GMA” with the new “Idol” judges, but shifting schedules made it too tight, between “Live,” his radio show, and “Idol” production commitments. His rep added, “To suggest any other reason for him not participating is completely false or a misunderstanding of the facts.” A rep for Ripa told Page Six the allegation that she threw a fit and demanded Seacrest cancel the “GMA” appearance “is absolutely not true.”

From the outside, we don’t know what really happened. What’s clear is that there are still “multiple sources” in the “Live” world willing to continue, if not wholesale create, behind-the-scenes drama. It’s juicy gossip! ABC should just point the cameras backstage and let fans watch THAT show — it would probably get higher ratings than “Idol,” “GMA,” and “Live.”