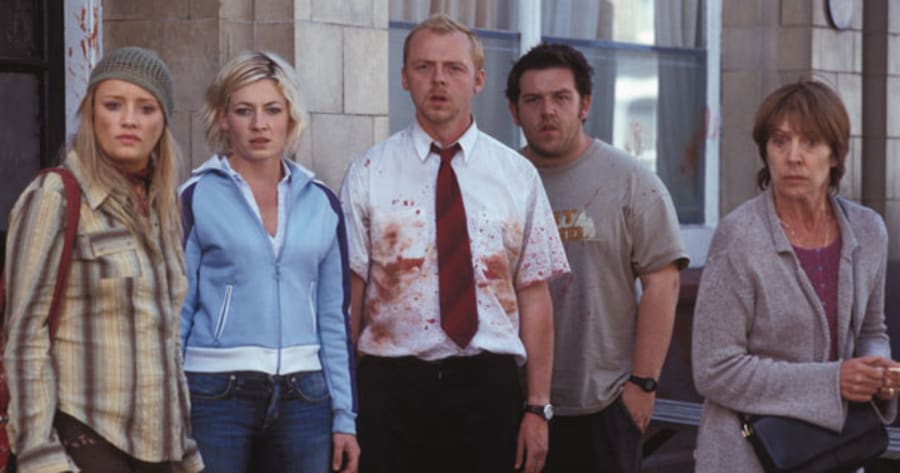 In today’s “Walking Dead”-obsessed world, it seems almost impossible to imagine a time when zombies weren’t dominating pop culture. But back when Edgar Wright, Simon Pegg, and Nick Frost were teaming up to make rom-zom-com “Shaun of the Dead,” the undead hadn’t been a hot commodity in the film community for quite some time. That later changed in a big way, of course, but in a new oral history timed to the 13th anniversary of the flick’s release, the filmmakers mused about the difficult road they had in getting “Shaun” off the ground — and the big stars that were initially courted to boost the film’s profile.

Speaking to Entertainment Weekly, co-writer and director Wright, co-writer and star Pegg, and co-star Frost discussed the behind the scenes struggles making the 2004 film, especially with such a bizarre concept and a pair of unknown (at the time) actors as the leads. The production company initially thought that a bigger name should play Frost’s character, Ed, but filmmakers stood firm with their casting choice. And several other key roles, like Shaun’s girlfriend, Liz (eventually played by Kate Ashfield), and his mom, Barbara (Penelope Wilton), were once circled by some pretty famous faces.

WRIGHT: … Some people just didn’t get [the concept]. I’m not embarrassing her by saying this, because she says the same thing — Penelope Wilton initially passed. Helen Mirren was offered Barbara. She said, “I would only do the movie if I got to play Ed.”

FROST: She would have been amazing.

While it’s fun to fantasize about Mirren and Winslet starring in the flick, we think “Shaun” ended up with the perfect ensemble. But if Mirren ever wants to star in a remake as Ed, we’re totally on board.