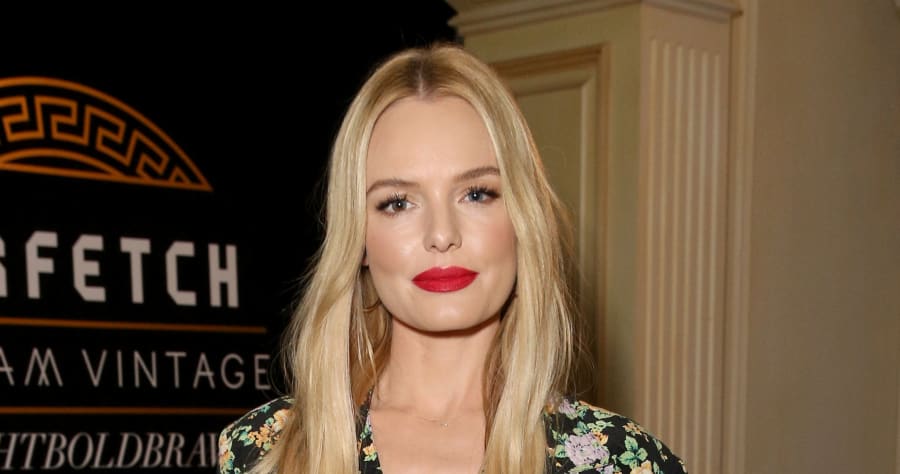 Kate Bosworth is ready to ride the “Blue Crush” wave once again.

With NBC rebooting the 2002 flick for TV, the actress-slash-model has made it clear she’d be happy to reprise her role as surfer Anne Marie. She told InStyle magazine that she is still “so grateful” to have starred in the hit film and it “thrilled” about the upcoming TV series. In fact, she would “absolutely” be interested in joining the project.

“I think it’s a very inspirational, empowered story, and so I’m absolutely thrilled,” she said. “That’s something that will always be in my life, and I would love to continue with my character’s story.”

In “Blue Crush,” Bosworth plays Anne Marie, a competitive surfer working to overcome her trauma caused by a near-drowning incident. At the same time, the character tries to stay afloat financially, while caring for her rebellious younger sister, Penny (Mika Boorem). She also deals with her sometimes turbulent relationship with her friends and roommates Eden (Michelle Rodriguez) and Lena (Sanoe Lake), plus her romance with a pro football player (Matthew Davis).

Anne Marie was a character Bosworth identified when she took the role with because she could relate to trying to chase a dream.

“I just thought, ‘I love this girl. I am this girl. I know who she is. I understand what it means to want to fulfill a dream so badly that you just feel like it’s everything to you,'” she told the magazine.

The “Blue Crush” reboot’s synopsis hasn’t yet been revealed, but we’re hoping Bosworth will get the chance to bring more of Anne Marie’s story to fans. In the meantime, she might want to start brushing up on her surfing skills, because she admits she hasn’t been doing it regularly in recent years.