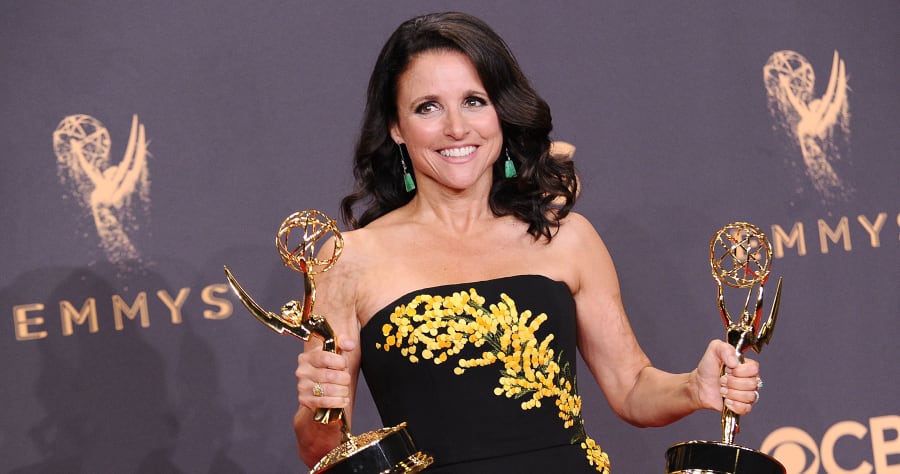 We’re sending all the healing vibes to Julia Louis-Dreyfus, who announced last month that she has breast cancer. She just shared a photo on Instagram that shows she hasn’t lost her sense of humor, even after a round of chemotherapy.

The multi-Emmy-winning star of “Veep” wrote on Instagram, “Chemo #2: finito. We are NOT f—ing around here. I’ve got the eye of the tiger. The Fighter dancing through the fire cuz I am a champion and you’re going to hear me ROAR.” She thanked “Veep” co-stars Tony Hale and Timothy Simons, as well as “Roar” singer Katy Perry “for their hilarious and loving inspiration.”

HBO announced it will delay production of the HBO series “as needed.” In a statement, the network pledged, “Our love and support go out to Julia and her family at this time. We have every confidence she will get through this with her usual tenacity and undaunted spirit, and look forward to her return to health and to HBO for the final season of ‘Veep.'”

The decision to end the series with Season 7 came before Louis-Dreyfus shared news of her cancer diagnosis.

Chemo #2: finito. We are NOT fucking around here. “I’ve got the eye of the tiger. The Fighter dancing through the fire cuz I am a champion and your’re going to hear me ROAR.” Thanks to @mrtonyhale & @timothycsimons & @katyperry for their hilarious and loving inspiration.