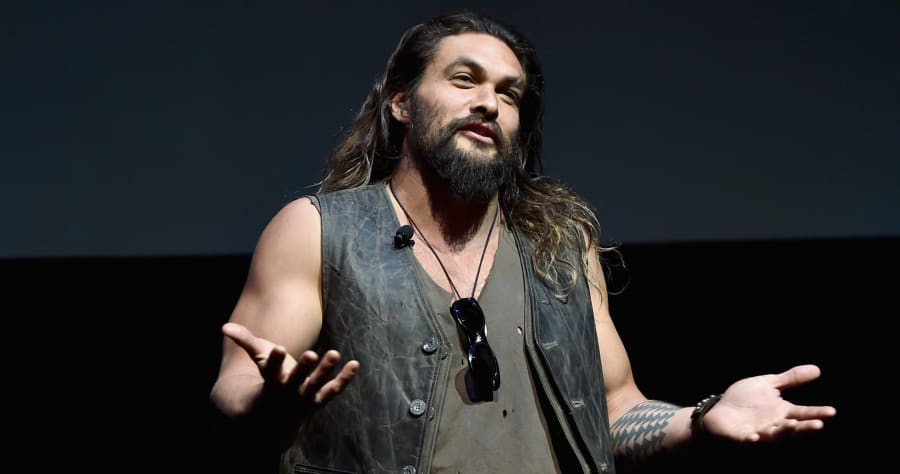 A cringe-worthy joke Jason Momoa made about raping beautiful women on “Game of Thrones” has come back to haunt him.

The joke was made during the GoT panel at San Diego Comic-Con in 2011, but it went viral six years later on Twitter, with many fans just seeing it for the first time.

“But as far as Sci-Fi and Fantasy, I love that genre. There’s so many things you can do, like for instance rip someone’s tongue out of their throat, and get away with it, and rape beautiful women.”

Here’s the video of him saying it:

a horrific clip of jason momoa saying he loved working on #gameofthrones bc he “got to rape beautiful women.” men are trash. pic.twitter.com/K2RBmsWEt6

(Did you hear that loud obsequious laughter after the joke? You wanna be mad at someone? Be mad at those enabling fools, too.)

Reaction to the revived joke was mixed — some fans were disgusted that Momoa would say something like that at any point, and others said it was six years ago and just a joke as opposed to actions.

Momoa didn’t ignore the debate. Instead, he jumped in with an apology on Instagram:

Momoa’s fans are mostly defending him, saying he shouldn’t have felt compelled to apologize at all, since it was just a joke — not actions, unlike the Harvey Weinstein scandal — and it all happened six years ago. But words matter, and reputations matter to Hollywood stars promoting their film projects. He also probably genuinely regrets the comment, since people do mature over time, and he’s now a superhero role model kids will be looking up to after “Justice League” and “Aquaman.”