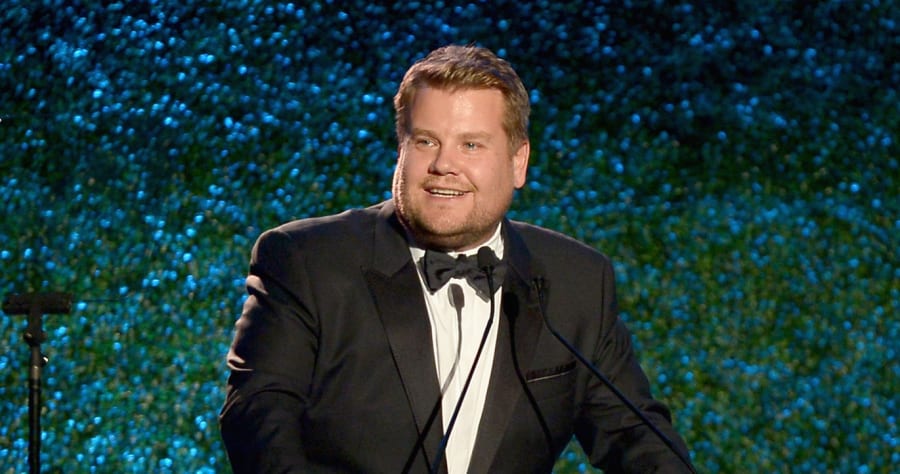 Yet another comedian has faced backlash after making jokes about Harvey Weinstein.

Late-night TV host James Corden was speaking at an AmfAR charity gala on Friday night when he cracked multiple jokes about the ongoing scandal surrounding the now disgraced film producer. News broke in early October that numerous women have accused Weinstein of sexual misconduct over the decades. (Weinstein has denied all allegations of sexual assault.) At the gala, Corden incorporated these allegations into his jokes, saying, for example, that Weinstein had invited the event’s beautiful guests up to his hotel room for a massage.

While the comedian’s quips inspired some laughter at the event, not everyone was amused. In particular, actress Rose McGowan, who alleges that Weinstein raped her, slammed both Corden and Hollywood on Twitter. Corden, she said, is a “motherf–king piglet” while the audience’s response shows Hollywood’s true colors.

2) Hearing the audience’s vile roars & laughs show EXACTLY what kind of HOLLYWOOD you really are. https://t.co/HBqNxnpr7N

Asia Argento, a fellow actress and Weinstein accuser, added her condemnation, writing, “Shame on this pig and everyone who grunted with him.”

Their offense to the comments appeared to be heard by Corden. The “Late Late Show” host issued an apology on Sunday, writing:

To be clear, sexual assault is no laughing matter. I was not trying to make light of Harvey’s inexcusable behavior, but to shame him, the abuser, not his victims. I am truly sorry for anyone offended, that was never my intention.

The topic is clearly one that should be approached carefully. “Family Guy” creator Seth MacFarlane previously had to clarify a comment he made in 2013 about Weinstein and explain that it was intended to shame the film producer. He and Corden probably won’t be the last whose comments spark backlash before this scandal settles.