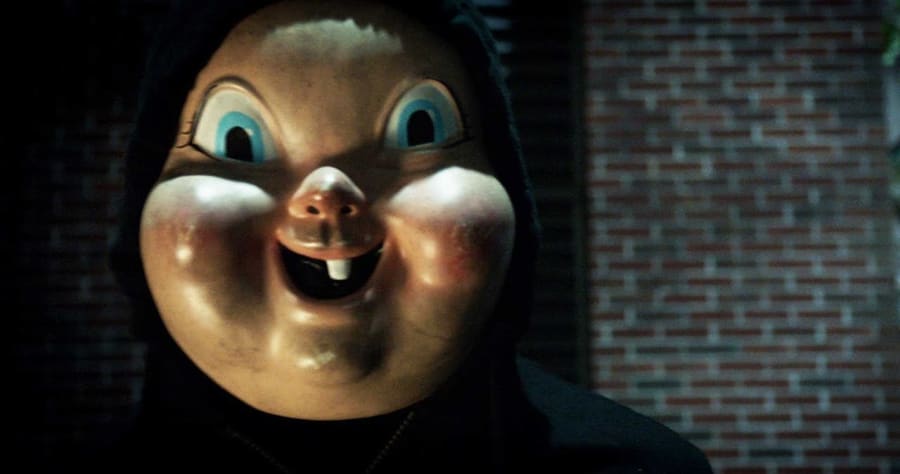 In this week’s episode of “Why Are We Surprised? (Box Office Edition),” Hollywood is marveling that “Happy Death Day,” a tiny-budgeted, star-free horror movie, debuted at No. 1 with an estimated $26.5 million, well above expectations.

Meanwhile, “Blade Runner 2049,” the expensive, star-driven, effects-heavy sequel that terrified Hollywood last week by opening at around half the amount pundits predicted, predictably lost half its audience this weekend, slipping to second place with an estimated $15.1 million. “The Foreigner,” starring international action-movie icon Jackie Chan, settled for a third-place premiere with an estimated $12.8 million. And “Marshall” and “Professor Marston & the Wonder Women,” two grown-up dramas of the type that are supposed to prosper during the awards-hopeful autumn season, opened in hundreds of theaters each but still couldn’t draw enough viewers to break into the top 10.

Few expected “Happy Death Day” to open higher than $18 million. So, lesson one for this weekend is that the conventional wisdom among Hollywood experts is often wrong. Here are some other lessons from this weekend’s results.

Everyone’s supposedly tired of watching sequels and reboots, yet Hollywood keeps complaining that no one knows how to make money anymore with original screenplays. But that complaint ignores the successes of Blumhouse, the production company that’s done consistently well in recent years with horror movies that keep the budgets low, the concepts high, and that clearly know what their target audience wants. Sure, they’ve done well with franchises, too (including “Insidious” and “The Purge“), but this year, they’ve had enormous original hits with such inventive and surprising horror tales as “Split” and “Get Out.” Both of those opened above $33 million, so it’s not clear why pundits expected “Happy Death Day” to debut with little more than half that amount. Perhaps they were thinking back to the more unproven “The Belko Experiment,” which was released this past spring against Disney’s flashy “Beauty and the Beast” reboot and opened to just $4 million.

Part of Blumhouse’s success in keeping budgets low has been generally avoiding big-name actors. (There are none in “Happy Death Day,” which cost less than $5 million to make.) After all, people don’t go to these movies to see stars, they go because they like the premise. (In this case, a horror take on “Groundhog Day,” where the heroine relives the day of her murder over and over.) Plus, casting unknowns instead of stars with established personas makes it easier to surprise viewers with twisty character arcs.

Last week, “Blade Runner” seemed to prove the folly of making a movie that appealed to only one quadrant of the mass audience — in this case, men over 25. But you can have a one-quadrant hit, as long as you draw enough of that quadrant. Like most horror movies, “Happy Death Day” appeals primarily to women under 25, and that clearly wasn’t a handicap.

Meanwhile, men over 25 also made up the majority of the audience for Chan’s “Foreigner,” which is essentially a Liam Neeson-style revenge thriller, marketed as perhaps the first time that the 63-year-old Chan really seems to act his age. (Indeed, Chan claimed he spent hours in the make-up chair each day being made to look older.) Between “Foreigner” and “Blade Runner,” the older-male quadrant was well taken-care-of, making “Happy Death Day” look like smartly-timed counter-programming. 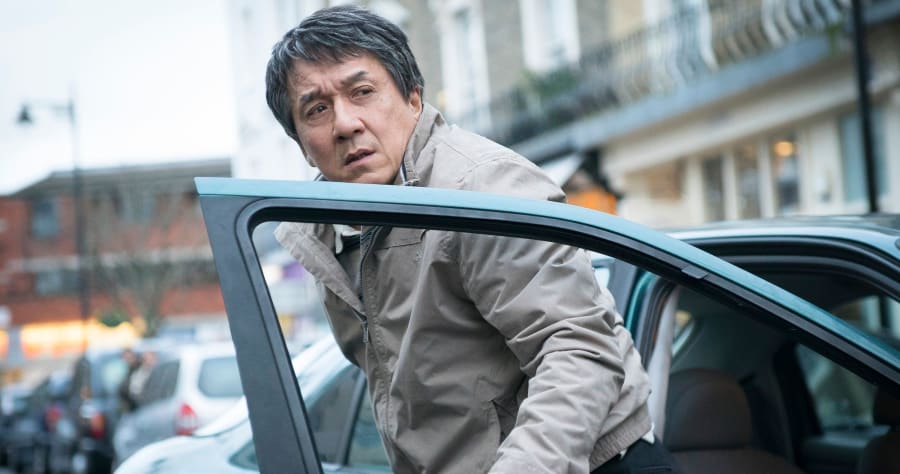 Chan may be your dad’s martial-arts hero, but his social media game is strong. According to online buzz tracker RelishMix, the action legend has a combined 65 million followers on various social media platforms.

Then again, “Happy Death Day” also did well promoting itself online. It helped that its trailer was attached to screenings of “IT” in theaters, but then, so was the “Mother!” trailer, which nonetheless failed to grab horror audiences. But “Happy Death Day”‘s makers also smartly targeted their clip toward young women by attaching it as an ad to Taylor Swift’s new release “Look What You Made Me Do” on YouTube and Vevo. And Universal, which distributed the film, held a Blumhouse-themed event on the studio lot, a “Happy Death Day” themed maze where the movie’s killer stalked participants, including “13 Reasons Why” star Dylan Minnette, whose journey through the maze became a viral video. They were smartly able to grab that young female demographic, using an actor who wasn’t even in the movie.

Hollywood has been complaining for months that Rotten Tomatoes is ruining the business; even Martin Scorsese, whose movies usually do well on the aggregated-review site, weighed in with a gripe this week. But RT’s ability to kill a movie with weak reviews is overrated, as is apparent from the modest scores it gave “Happy Death Day” (64 percent fresh) and “Foreigner” (57 percent).

By the same token, high RT scores clearly don’t help, as evidenced by “Blade Runner” (89 percent) and this week’s new semi-wide releases, “Marshall” and “Professor Marston & the Wonder Women” (both 87 percent). These films were all made with older audiences in mind, the kind who still read reviews, and yet critical raves weren’t enough to draw people who weren’t that interested in the stories these movies were telling in the first place. Hollywood needs to recognize that a thumbs up/thumbs down from RT is less important than a movie’s premise and execution. Viewers didn’t care about a case Thurgood Marshall defended before he was famous. And despite “Wonder Woman” being one of the biggest hits of recent years, viewers didn’t care about the story that inspired the DC superheroine’s creation — especially since, as even the rave reviews point out, “Marston”‘s depiction isn’t all that sexy.

As this column has been noting for weeks, the box office is in the depths of a slump caused primarily by a drought of movies compelling enough to lure potential ticket buyers out of their living rooms. The current month is on track to be the lowest-grossing October in a decade. The weekend’s total take of almost $99 million makes it the fifth lowest-grossing weekend of 2017 so far. For the year to date, total receipts are about 5 percent behind where they at this time in 2016.

About the only thing that has lured couch potatoes away from their home theater systems in recent weeks has been horror, particularly “IT.” So it makes sense that moviegoers would flock to a well-executed horror movie, especially one that opens on Friday the 13th, a couple weeks before Halloween. Then again, if you want to see real terror, watch Hollywood’s accountants as they look over the rest of this year’s slate of releases and contemplate the prospect of falling behind 2016’s domestic total by about $1 billion.