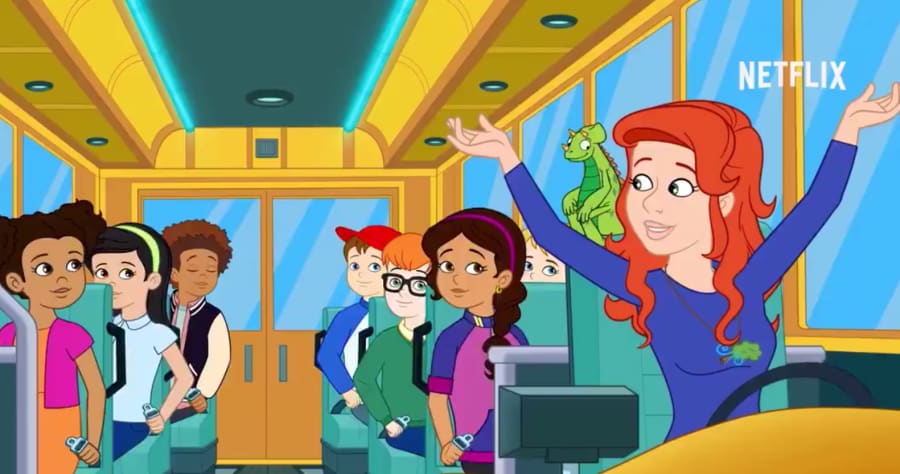 The clip, released by Netflix on its social media accounts on Tuesday, is chock full of the kind of adventures that fans of the original show should be familiar with, like exploring inside the human body, diving deep into the ocean, and surfing on lava. Ya know, typical field trip stuff. Now, however, there’s a new Ms. Frizzle in town (voiced by “Saturday Night Live” star Kate McKinnon), the younger sister of the now-Professor Frizzle (voiced by returning original “Magic School Bus” star Lily Tomlin), who’s taking over the quirky teacher’s classroom, and custody of the titular vehicle.

The bus is magic. The science is real. pic.twitter.com/tDAniVUZnZ

Naturally, a new theme song was in order for the new show, and who better than Lin-Manuel Miranda, everyone’s favorite “Hamilton” creator, to tackle the tune? After hearing the updated song, it’s hard to imagine anyone else belting out, “Take a left at your intestine, take your second right past Mars.”

Extra credit if you recognize who’s singing the theme song.

Hey Lin Magic School Bus is coming back do you want to sing th-
YEEEEEEEEEEEEEES https://t.co/OgV8ZMa4bE

The first season of “The Magic School Bus: Rides Again” debuts on Netflix on September 29.