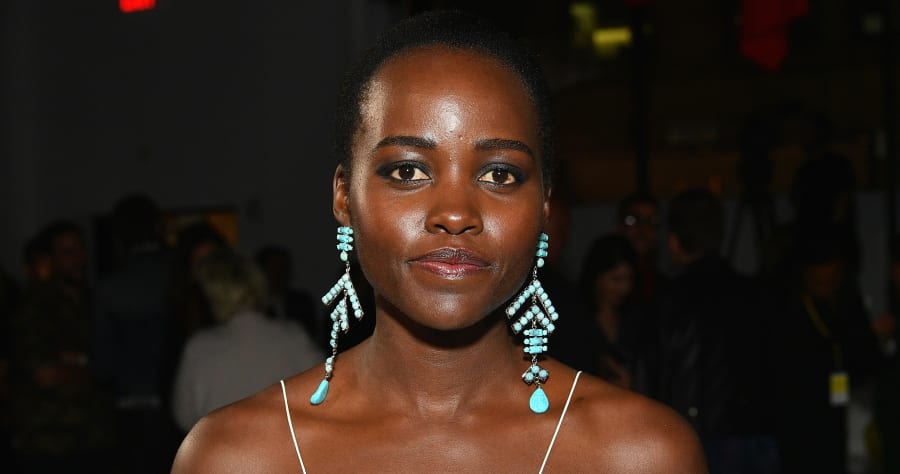 Yesterday, the “12 Years a Slave,” “Star Wars,” and “Black Panther” star posted a piece for the New York Times called “Speaking out About Harvey Weinstein,” sharing her own experience at the hands of the producer she first met back in 2011.

Lupita Nyong’o writes in @nytopinion: What Harvey Weinstein did to me https://t.co/ry4oC28WQF pic.twitter.com/UbNEA2et16

Not long after their first meeting at an awards ceremony in Berlin, Nyong’o says Weinstein invited her to a screening of a film at his home in Westport, Connecticut. Nyong’o’s account has Weinstein introducing her to his children, then — in the middle of the film screening — having her follow him up to his bedroom where he asked her to give him a massage. She said she panicked and thought maybe she could offer to give him a massage instead to allow her to control him physically and know where his hands were at all times.

Here’s more of the story from there:

Lupita Nyong’o is the latest to come forward with her story of harassment by Harvey Weinstein. pic.twitter.com/XGgsiP9p5q

Read her full op-ed, which goes into great detail on her other Weinstein encounters — including Weinstein trying to pressure her into joining him in his private room — ending with this paragraph:

“Now that we are speaking, let us never shut up about this kind of thing. I speak up to make certain that this is not the kind of misconduct that deserves a second chance. I speak up to contribute to the end of the conspiracy of silence.”

Weinstein shared his own response to the op-ed through a representative (via Entertainment Weekly):

“Mr. Weinstein has a different recollection of the events, but believes Lupita is a brilliant actress and a major force for the industry. Last year, she sent a personal invitation to Mr. Weinstein to see her in her Broadway show Eclipsed.”

Don’t expect a full back-and-forth on the issue, since a rep for Nyong’o told EW she has “no further comment.”

Dozens of actresses have come forward in the past week with allegations against Harvey Weinstein. Some of the stories have been similar to Nyong’o’s, while others have gone further, alleging sexual assault. A rep for the producer previously said, “Any allegations of non-consensual sex are unequivocally denied by Mr. Weinstein.”