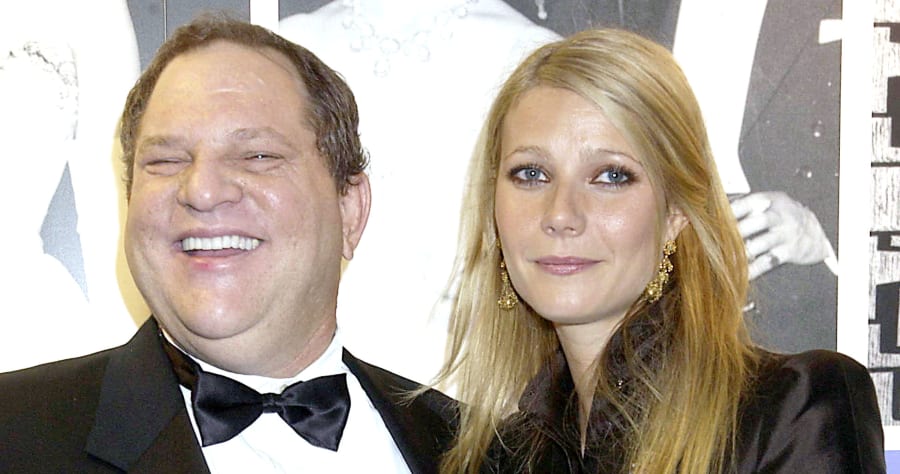 The growing list of powerful Hollywood voices speaking out against Harvey Weinstein‘s alleged pattern of sexual harassment now includes new accusers, too: Gwyneth Paltrow and Angelina Jolie have claimed that the powerful movie mogul harassed them early in their careers.

The Oscar winners are the biggest names to come forward so far, following fellow actress Ashley Judd, who went on the record with the New York Times in last week’s explosive report uncovering decades of alleged misconduct from Weinstein. Paltrow and Jolie spoke to the Times this week about their negative experiences with the producer, which they say happened when they were relative Hollywood newcomers.

Jolie told the Times that Weinstein “made unwanted advances on her in a hotel room, which she rejected,” during the making of 1998’s “Playing by Heart.”

“I had a bad experience with Harvey Weinstein in my youth, and as a result, chose never to work with him again and warn others when they did,” Jolie said in a statement. “This behavior towards women in any field, any country is unacceptable.”

Paltrow gave a more detailed interview to the Times, revealing that her own uncomfortable encounter with Weinstein occurred back in the early ’90s, when she was 22 and just cast in Mirimax’s “Emma.”

As the actress explained, the producer summoned her to a hotel for what she thought was a business meeting; instead, she was sent to his room, where Paltrow says Weinstein ended up “placing his hands on her and suggesting they head to the bedroom for massages.” Paltrow said she refused his advances and left, and later told her then-boyfriend, Brad Pitt, about the encounter.

The actress said Pitt then confronted Weinstein about the incident, and “told him never to touch Ms. Paltrow again,” which a representative for Pitt confirmed to the paper.

Mr. Weinstein called Ms. Paltrow and berated her for discussing the episode, she said. (She said she also told a few friends, family members and her agent.) “He screamed at me for a long time,” she said, once again fearing she could lose the role in “Emma.”

Even as Ms. Paltrow became known as the “first lady of Miramax” and won an Oscar for “Shakespeare in Love” in 1999, very few people knew about Mr. Weinstein’s advances. “I was expected to keep the secret,” she said.

Paltrow told the Times that she felt pressure from the industry to forget what happened and play nice with Weinstein, whom she publicly praised and acted friendly with. Their mercurial relationship eventually soured, she said, and the recent revelations about his behavior toward other women inspired her to come forward with her own story.

“We’re at a point in time when women need to send a clear message that this is over,” Paltrow told the Times. “This way of treating women ends now.”

A spokesman for Weinstein, Sallie Hofmeister, said in a statement to the Times:

“Any allegations of non-consensual sex are unequivocally denied by Mr. Weinstein. Mr. Weinstein has further confirmed that there were never any acts of retaliation against any women for refusing his advances. He will not be available for further comments, as he is taking the time to focus on his family, on getting counseling and rebuilding his life.”

Meryl Streep, George Clooney, and Jennifer Lawrence are among those who have denounced Weinstein so far. The producer, who had previously pledged to seek treatment for admitted past poor behavior, was fired from The Weinstein Company over the weekend.