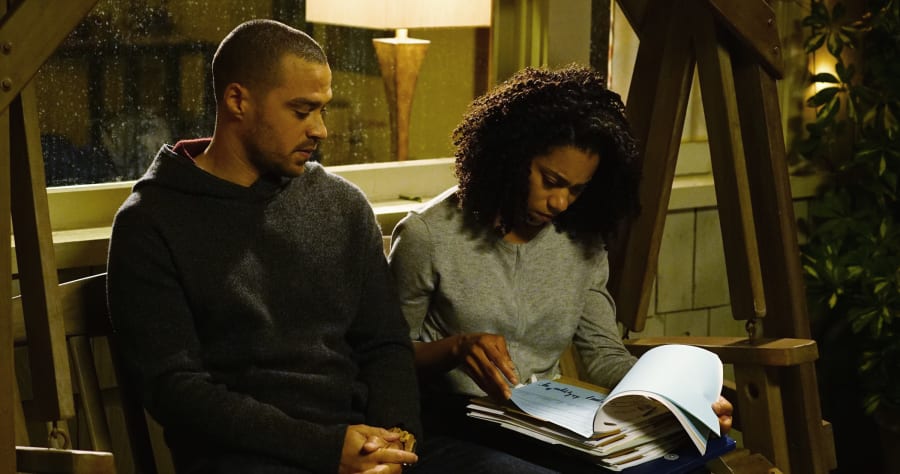 Things are complicated between a possible “Grey’s Anatomy” pairing, and the show’s writers know it.

While talking to TVLine recently, co-showrunner Krista Vernoff assured fans that she is well aware of the family ties between Jackson (Jesse Williams) and Maggie (Kelly McCreary). In fact, the show will tackle that issue during Season 14.

“I’d like to say to the fans that yes, I am aware that Jackson and Maggie’s parents are married to each other, and we are not avoiding that conversation,” she told TVLine.

She didn’t specify when the subject will come up, but a perfect time could be during the tense dinner party we’ve been hearing about recently. Set for an upcoming episode, the gathering will be hosted by Jackson and Maggie’s respective parents, Catherine (Debbie Allen) and Richard (James Pickens Jr.). At some point during dinner, controversy is said to break out.

The concern is coming from all sides. In addition to the whatever reservations the show’s characters may have, fans — namely, those hoping to see Jackson and April (Sarah Drew) reunite — have been complaining. Japril die-hards are vocally opposed to anything happening between him and Maggie, to say the least.

Perhaps everyone will be pacified by Vernoff’s promise that Jackson and Maggie trying to figure this thing out will be “joyful.”

“That story is bringing a lot of comedy and fun to the season,” she said.

It sounds like we all need to just relax and ride this out.