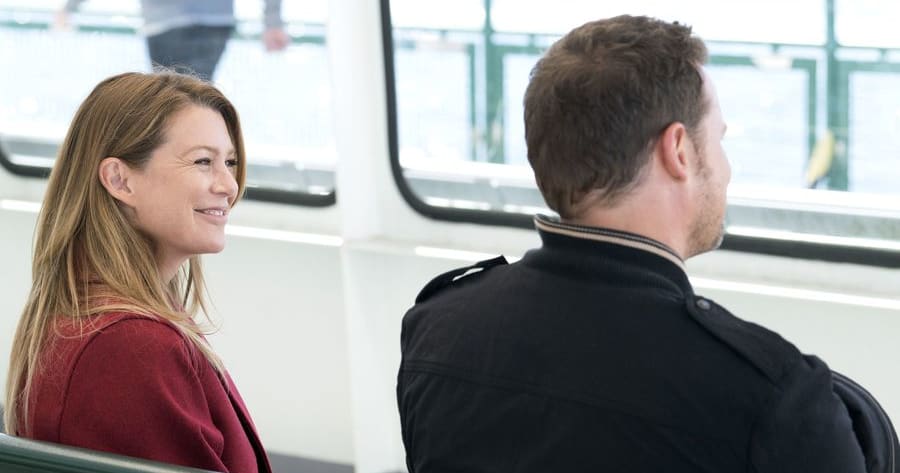 Heads up, “Grey’s Anatomy” fans: The Nov. 9 episode will be an interactive tearjerker.

Season 14 is now in session, and next week marks the incredible 300th episode milestone. That is amazing, and the show will honor it with a walk down memory lane. We’ve already heard that the 300th episode will be a “love letter” to longtime fans, and we’ve seen the first photos from the hour. Now the writer of the episode — which is titled with the “Hamilton” line “Who Lives, Who Dies, Who Tells Your Story” — is teasing more fun:

“I also created a little Easter egg hunt for the avid fans,” Krista Vernoff told Entertainment Weekly. “I don’t want to give too much away, but keep your eyes and ears peeled — and keep your tissues handy!”

You heard the boss. Watch carefully, and prepare to sob “This Is Us”-style.

Here’s ABC’s synopsis for the episode:

“Who Lives, Who Dies, Who Tells Your Story” – After a roller coaster car falls off the track at the county fair, the doctors at Grey Sloan tend to patients who spark memories about ghosts from their past, on a special 300th episode of “Grey’s Anatomy,” THURSDAY, NOV. 9 (8:00-9:00 p.m. EST).

The tissues Vernoff mentioned will surely be from recalling so many “ghosts from the past,” including probably Derek, George, Cristina, Little Grey, Callie, etc.