Georgia Chapman Breaks Silence on Harvey Weinstein: ‘I Have Chosen to Leave My Husband’ 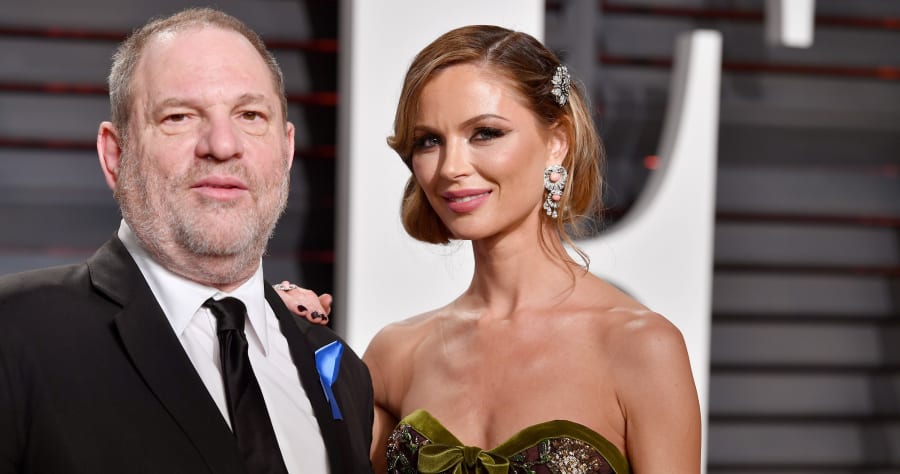 Marchesa designer Georgina Chapman is done with husband Harvey Weinstein, despite him only recently saying “she stands 100 percent behind me.” (Guess she’s standing waaaaaaay behind him now.)

After days of sexual harassment, assault, and now rape allegations have poured out about her husband, Chapman released a statement to People:

“My heart breaks for all the women who have suffered tremendous pain because of these unforgivable actions. I have chosen to leave my husband. Caring for my young children is my first priority and I ask the media for privacy at this time.”

Chapman and Weinstein were married in 2007 and have two children together, ages 7 and 4.

After a New York Times exposé on Weinstein, he was fired from his own studio, The Weinstein Company. Just today, the New Yorker revealed more stories of abuse, including rape allegations.

After the NY Times story, which was released a few days ago, Weinstein told the New York Post he “bears responsibility” for his past behavior, but he refuted the Times for its “reckless reporting.” Chapman hadn’t said anything herself, but in the Post story, Weinstein said of his wife:

“She stands 100 percent behind me. Georgina and I have talked about this at length. We went out with Lisa Bloom last night when we knew the article was coming out. Georgina will be with Lisa and others kicking my ass to be a better human being and to apologize to people for my bad behavior, to say I’m sorry, and to absolutely mean it.”

Fashion designer Chapman is also a judge on “Project Runway: All Stars” and it remains to be seen if she will continue on that show, which is produced by The Weinstein Company.