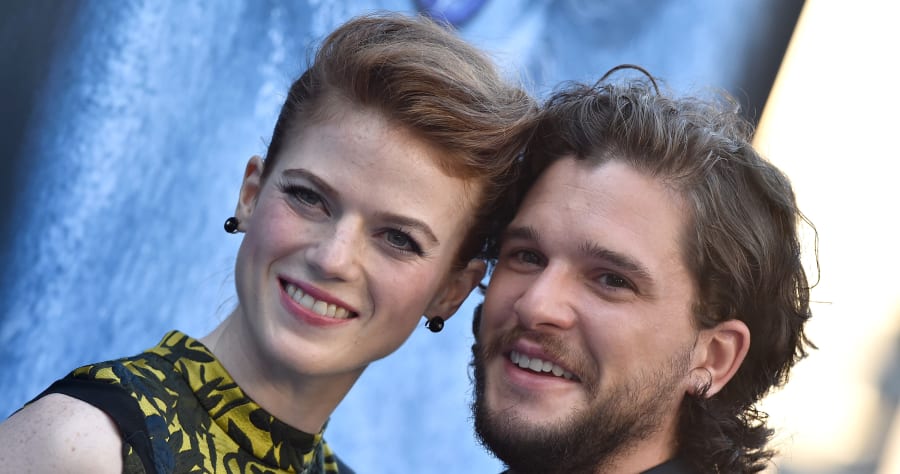 “Game of Thrones” star Kit Harington was so excited to talk about how he proposed to fiancee Rose Leslie, his words came spilling out too fast and he inadvertently made a dirty slip.

Harington and Leslie first met on the set of “Game of Thrones,” when she played fiery wildling Ygritte. Their on-screen romance then moved off screen, and the two dated for five years. So, there was quite a build-up and Harington made elaborate plans to propose.

“I was going to string up some lights in some trees and do all the romantic stuff, but we were in the country and we were under this beautiful night sky and had a log fire burning and red wine and I blew my load early,” he said.

He quickly realized the sexual connotation of his words.

“Sorry! That’s a really bad expression,” he laughed. “What I meant to say was, I popped my question a bit early.”

The final season of “Game of Thrones” is set to begin production next week. The lengthy filming schedule, as well as post-production work, likely means that fans won’t see it until 2019. And Harington and Leslie’s wedding may just delay the premiere even more.

“I rang [a producer] and I said, ‘I’m getting married and it’s your fault actually,'” he said. “I was like, ‘You need to factor in a ‘Game Of Thrones’ wedding by the way. [The cast] have all got to be there so the whole thing has got to shut down!'”