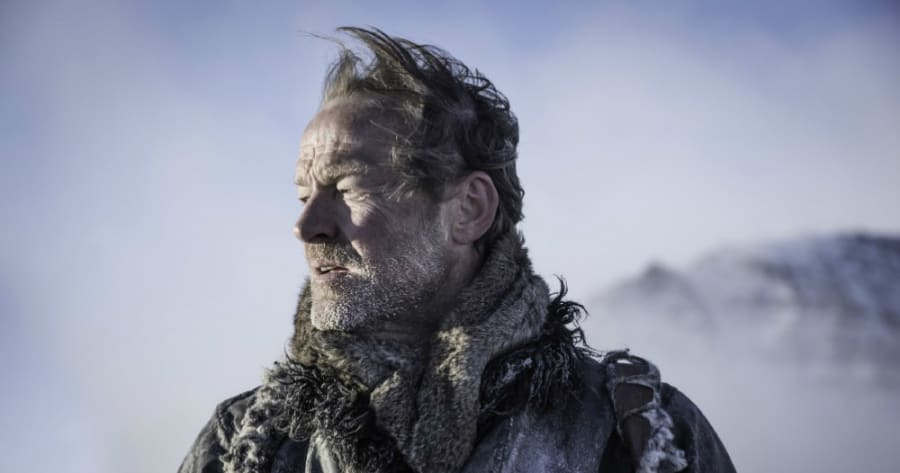 We’re counting on “Game of Thrones” updates to get us through the extra-long wait for Season 8, and Iain Glen has delivered.

The actor, who plays Ser Jorah Mormont on the hit HBO series, was at Comic Con Stockholm in mid-September, but Watchers on the Wall just recently tracked down a still-relevant video of his Q&A session. During the event, Glen revealed that the first “Game of Thrones” Season 8 read-through is schedule for Oct. 9 in Northern Ireland.

At the time of the Q&A, Glen was just as in the dark as the rest of us as to his character’s fate, and he didn’t expect to find anything out before the read-through.

“I suspect that will be about the first time that us as actors find out what’s going on,” he told fans. “They don’t trust us. Something like that.”

Glen also shed light on why the final season of the series is expected to take so much longer to shoot than the previous ones, even though it will be the shortest. In his view, the major factor is that they’ll be down to a single filming unit for the first time. In the past, when characters were more spread out, they could use two and even three units to film in different locations simultaneously.

“I think this last season will take much longer to shoot because they can only use one unit because we’re all in the same sort of scenes,” he said.

It’s logical, but let’s be honest: We wish we didn’t have to wait.

You can watch the full Q&A below.

[h/t: Watchers on the Wall]