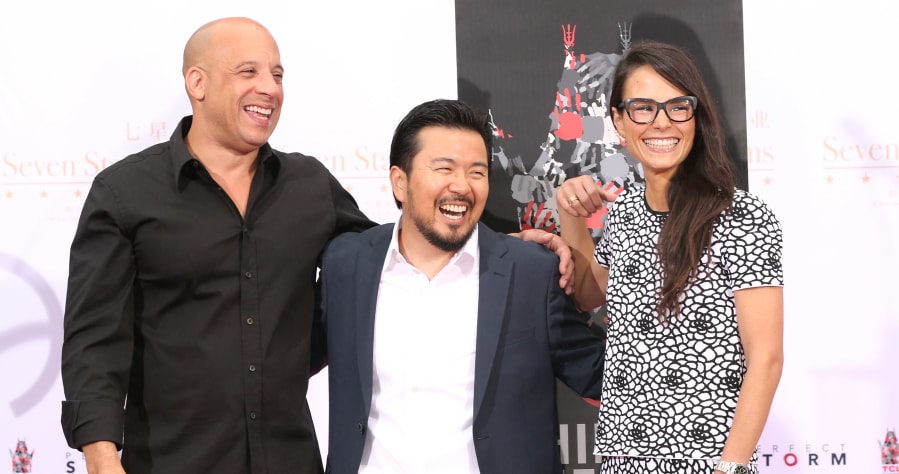 With two Fast and Furious movies left to go, fans are all too happy to be reunited with director Justin Lin and original star Jordana Brewster in the upcoming ninth film.

Executive producer and star Vin Diesel broke the news of their return on Wednesday with a live Facebook video. He made it clear to fans that he knows how much they want the series to wrap up on a high note, and that bringing back both Lin and Brewster is part of that. In return, they were quick to enthusiastically welcome back the director Diesel credits with “resurrecting this beautiful saga” and the actress who has been along for the majority of the franchise’s crazy ride.

The return of Justin Lin, confirmed as director of F9 and F10.💓🙌 and also Jordana to return her role as Mia Toretto.😁 Can’t Wait For More! pic.twitter.com/tOZFxmLaMt

@justinlin About to bring back the good times & true meaning of family! Can you bring Gisele back with you?! 😁 pic.twitter.com/a4mJxyOab5

Yo I almost fell off my bed when I watched the video 😂 I couldn’t stop jumping!

I can’t wait to see @JordanaBrewster and @MRodOfficial in scenes together FINALLY after 16 YEARS. pic.twitter.com/oPIerq5VSD

Justin Lin is back for Fast and Furious 9 and 10 which definitely builds some confidence for me, as well as Jordana Brewster coming back!

Sadly, we’ll have to wait a long time to see Brewster and Lin’s work. “Fast and Furious 9” was recently pushed back to allow for the Hobbs’ spinoff — much to Tyrese Gibson’s dismay — so we won’t see it roll into theaters until April 10, 2020.