Emily Simpson Slams “Narcissist” Braunwyn For Using Husband Sean, Not Wanting To Take Care Of Kids and Calling Paps on Herself: ‘There’s No Paparazzi On The Beach in O.C.’ 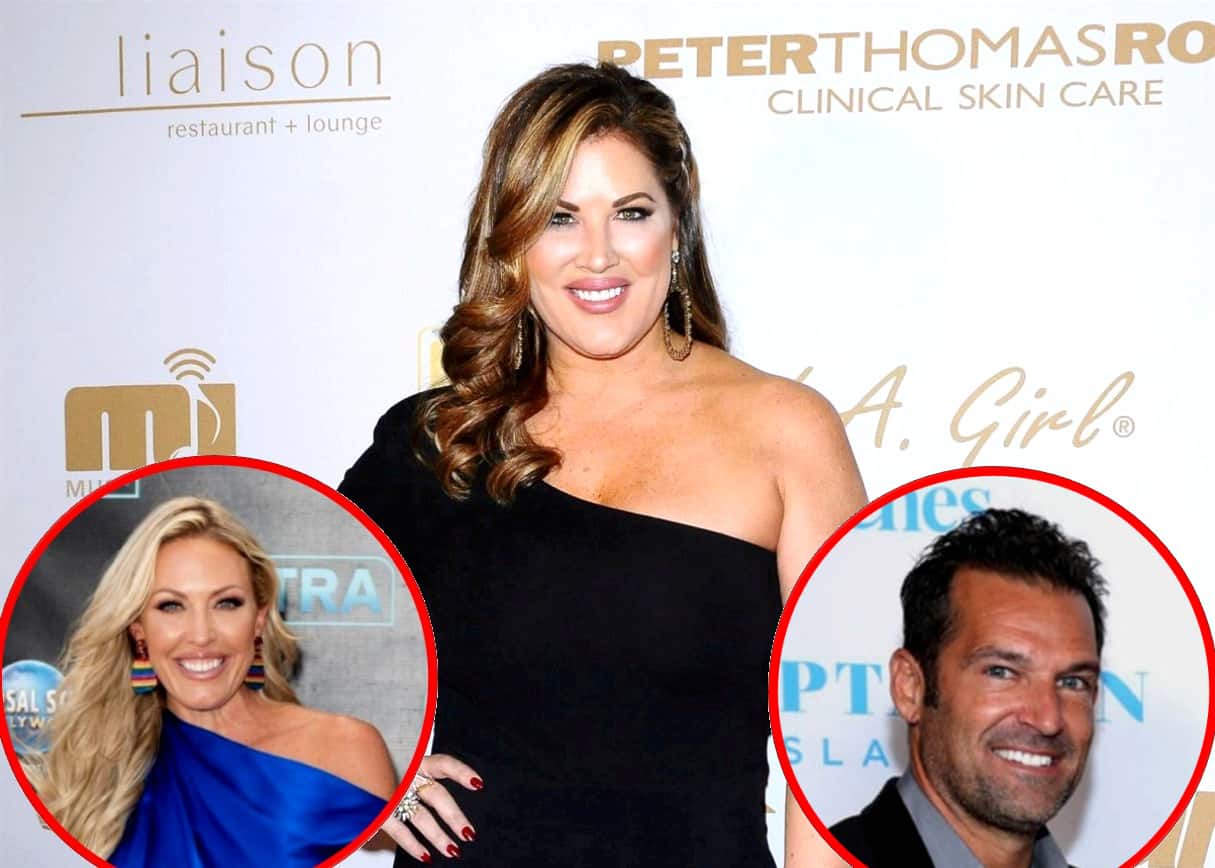 Emily Simpson is blasting Braunwyn Windham-Burke for being selfish, “hypocritical,” and “narcissistic.”

Emily is not holding back when it comes to her feelings about her Real Housewives of Orange County co-star Braunwyn. The attorney is making it extremely clear that she wants nothing to do with Braunwyn, who she finds unbelievably selfish, and she even accuses the reality star of tipping off the paparazzi for extra press.

In a new interview with Housewives Nightcap, she slammed the mother-of-seven by alleging she is using her husband Sean Burke and doesn’t want to take care of her children.

Emily jokes that she would marry Sean so she can live that type of lifestyle with no responsibility.

“I would want to be married to Sean. ‘I’ll just fly all over, hang out with the other housewives, and not have any responsibility.’ It sounds like a plan to me,” she quipped.

The mother-of-three also explains that Shane Simpson would “hit the road” if she were to ever demonstrate any of Braunwyn’s characteristics.

“She’s very lucky that she’s married to Sean because I don’t think there’s another man on the planet that would put up with that bullsh*t for one second.” She added, “Or… he’s suffering from Stockholm syndrome… or that.”

When asked what she believes Braunwyn would do if Sean were to give her an ultimatum and make her choose between him or her new girlfriend Kris, Emily claims that Braunwyn would definitely choose Sean by insinuating she’s not smart enough to function without him.

“I don’t think she wants to figure out how to pay bills, or rent her own house, or do laundry, or watch her kids, or have to navigate life without him doing it for her. I mean, she’d have to get her own cell phone plan. Like, I think that would push her over the edge,” Emily declared.

Since Elizabeth recently labeled Braunwyn a hypocrite, Emily was asked if she agrees with Elizbeth’s assessment of their castmate. She made her answer very clear before explaining that fans will better understand their feelings once the RHOC reunion airs.

“Absolutely, 100 percent! Braunwyn’s hypocrisy is, like, mindboggling to me,” Emily revealed. “I could write an entire paper on it. And the narcissism, and the self-absorbed, and the ego, it’s just unreal to me. Even at the reunion we talk about this stuff a little bit so it’s interesting. You’ll have to watch the reunion because a lot of this comes up as well.”

The Real Housewives of Orange County airs Wednesday nights on Bravo at 9/8c.