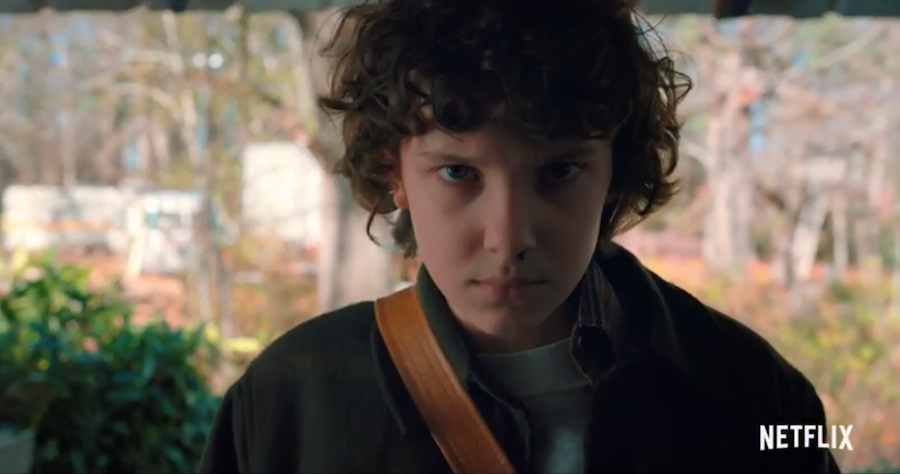 In the final trailer for “Stranger Things 2,” we see glimpses of a giant spider-like creature, Will Byers facing down something sinister all by himself, and — hurrah — the return of Eleven, who’s now got curly hair!

Eleven (Milly Bobby Brown) appeared to have sacrificed herself to save her friends in the Season 1 finale, but fortunately, she’s back… and so is her hair!

An ailing Will (Noah Schnapp) is undergoing a series of tests at the hospital with Joyce (Winona Ryder) demanding to know what’s wrong with her son. Police Chief Jim Hopper (David Harbour) tells Joyce that Will’s nightmares aren’t nightmares at all: They’re real!

There’s also Nancy (Natalia Dyer) telling Will’s brother Jonathan (Charlie Heaton): “Don’t you think it’s weird how we only seem to hang out when the world’s about to end?”

We see most of the gang bearing guns as the prepare to face down something big and Lucas (Caleb McLaughlin) declaring, “It’s Judgment Day!” Luckily, Steve (Joe Keery) still has that nail-spiked bat handy.

We also get brief glimpses of new characters played by Sean Astin and Paul Reiser. Who, respectively, were in the much-referenced ’80s classics “The Goonies” and “Aliens.”

The season, which premieres October 27, begins (appropriately enough) on Halloween, with the kids dressed up as Ghostbusters.