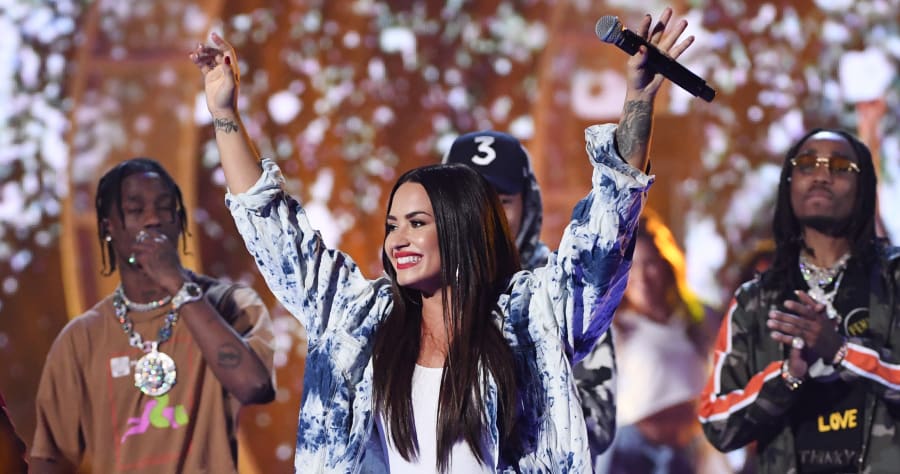 Demi Lovato fans are #SorryNotSorry they enjoyed “Simply Complicated” so much.

The documentary was released on YouTube on Oct. 17, and in the first week it was available, it was viewed more than 7 million times around the world, Variety reports. Fans got a chance to learn more about Lovato, who was candid about her struggles with depression, substance abuse and an eating disorder. So far, the response on Twitter has been extremely positive; there has been a wave of tweets commending the pop star for her open and inspiring message, including from “Glee” alum Jenna Ushkowitz.

Sigh. @ddlovato you are a light and an inspiration. Wow. Thank you for sharing your story. #SimplyComplicated 🙌🏻♥️🙏🏻

Simply Complicated truly is a career changing moment for Demi. She opened up so much that it is impacting people’s lives

Demi has always been my bitch, but I have a newfound respect for her because of Simply Complicated

.@ddlovato #SimplyComplicated is beautiful. My sister battled addiction for years and it strikes a chord. Thank you for this. Thank you.

Much respect for @ddlovato after watchin #SimplyComplicated. It takes balls to be that honest & open about your life.It shows you’re human🙌🏽

A large contingent of fans are very vocally pulling for Lovato and her ex-boyfriend Wilmer Valderrama to reunite after she revealed in the documentary that she still loves him.

I still think Demi and Wilmer are gonna end up getting married pic.twitter.com/Yfid1yggs7

Demi and Wilmer were still in love but she had to conquer some of her personal issues. She wasn’t ready for him -> Ready For Ya

Whatever happens for Lovato personally and professionally from here, she has inspired a lot of people and brought important issues to light.