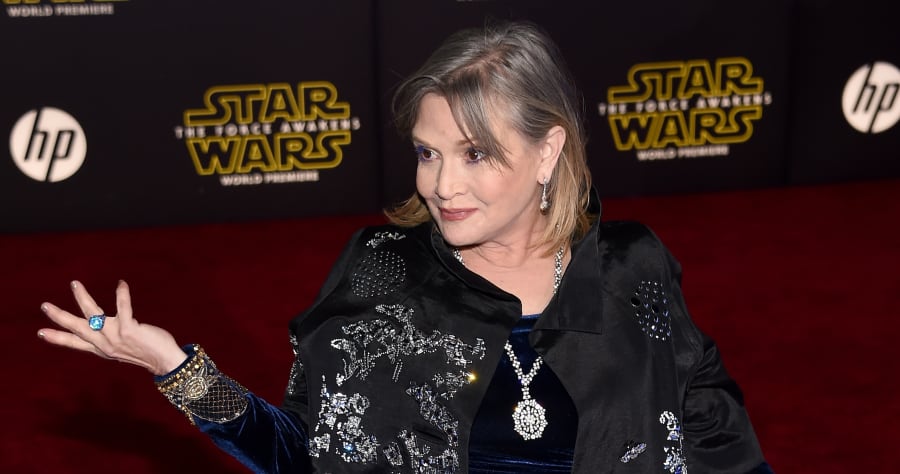 Just like her iconic character Princess Leia, Carrie Fisher was a force to be reckoned with.

In light of the recent Harvey Weinstein scandal, screenwriter Heather Robinson spoke to Tucson’s “The Morning Mix” about sexual harassment in the film industry. She shared a story of her own, including how her “dear friend” Fisher once stepped in to protect her.

During the radio interview, Robinson described an incident with an Oscar-winning producer. She said the two made plans to talk about possible projects over a meal, but as soon as he picked her up, the meeting took a scary turn. Robinson alleges that he pinned her in the passenger seat of his car, and then when she rebuffed his advance, he told her she’d “never make a movie in [his] town.”

The incident left Robinson very uncomfortable, and she blamed herself.

“It happened so quickly that I was ashamed of myself,” she said. “I thought I did something wrong.”

She didn’t feel like she could come forward, but she did tell her friends. Among those she confided in was Fisher, who decided to take action. The Star Wars legend stopped by Sony, Robinson said, and there, she went to the man in question and delivered a special gift: a cow tongue.

“If you ever touch my darling Heather, or any other woman again, the next delivery will be something of yours in a much smaller box,” Fisher wrote in a note that she watched him read, according to Robinson.

Listen to the full story below.

U can only warn people what u know. #CarrieFisher stood up 4 me back in 2000 here is my interview with @mixfmtucson https://t.co/EgWe4qz8G6

Fisher did always have a unique way of getting her point across.