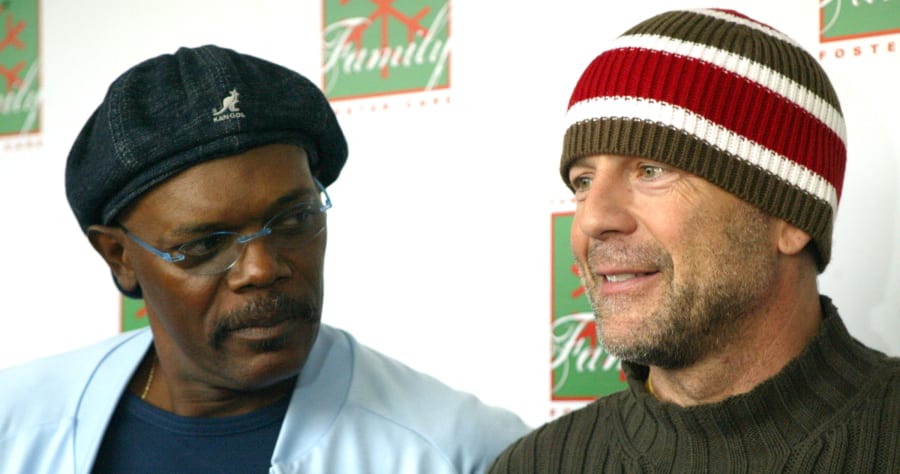 All work and no play makes Bruce a dull boy…

Willis and his assistant Stephen J. Eads decided to dress as “The Shining” twins.

Here’s Jackson’s photo, with a quote from the Stanley Kubrick film as caption:

Come play with us Danny. Forever & ever & ever! pic.twitter.com/MCoMBSAfuE

Some fans were confused and freaked out; many (who got the horror film reference) were also impressed, sharing some classic reactions:

Is that Bruce Willis?!

Bruce?? Hahaha. His confidence is Unbreakable!

i see what you did there… pic.twitter.com/JuuWXm9D3Y

Thank you to the cast of #Glass who came to @MNSFund #Shyamaween charity party. Everyone brought their A game! https://t.co/mZ3wnCBkGn

The “Glass” team just started filming in late September. The film is currently scheduled for release on January 18, 2019.