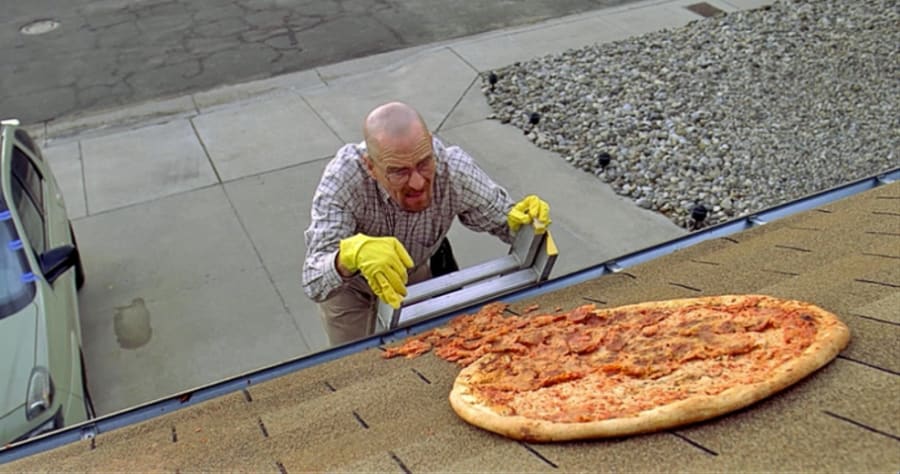 “Breaking Bad” fans have not been treading lightly around Heisenberg’s house and the real-life owners are sick of it.

According to KOB-4 in Albuquerque, where the AMC show was set and filmed, the owners of Walter White’s (Bryan Cranston) residence are installing a 6-foot high wrought iron fence to keep back intrusive fans. Joanne Quintana, whose mother owns the house, told the local station fans have trespassed, stolen rocks from landscaping as souvenirs, and even bossed them around.

“They feel the need to tell us to close our garage, get out of the picture, you know — tell us what to do on our own property,” Quintana said.

The KOB crew counted nearly 10 tourists visiting the home just in the 15 minutes they were there. Quintana said over a festival weekend they can see hundreds of fans come by.

“We feel like we can’t leave because when we, do something happens and that’s ridiculous.”

The fence is meant to keep fans out, although some have already tried to climb around the construction to get a photo.

“We don’t want to gate ourselves in. We’re the ones who’s being locked up. We did nothing wrong.”

Frank Sandoval of Breaking Bad RV Tours told the station he hears about trespassing fans on a daily basis, “so much so that we’ve gone up on the roof to pull pizzas down.”

The pizzas are tied to the iconic scene where Bryan Cranston’s Walter White got angry and flung a whole pizza on the roof. It became such a thing that — in 2015 — show creator Vince Gilligan took a moment on the “Better Call Saul Insider Podcast” to ask fans to just stop throwing pizzas at the house:

“They’re throwing pizzas on roofs and stuff like that. Let me tell you: There is nothing original or funny or cool about throwing a pizza on this lady’s roof. It is just not funny. It’s been done before. You’re not the first. […] I don’t even consider [the people throwing pizzas] fans, I consider them jagoffs.”

It’ll be harder for “jagoffs” to fling their pizzas on the roof with a fence up, but some will surely try anyway. You heard it from the boss himself: Not cool!

The “Breaking Bad” spinoff, “Better Call Saul,” is also filmed in Albuquerque, N.M., and will premiere Season 4 in 2018.