Below Deck’s Kate Chastain Dishes on Bad Experiences With Luann de Lesseps and Stassi Schroeder as She Disses Pump Rules, Plus She Talks Dorinda’s Exit From RHONY and Shades Brandi For Wanting “Attention” While Saying She’s “Team Denise” 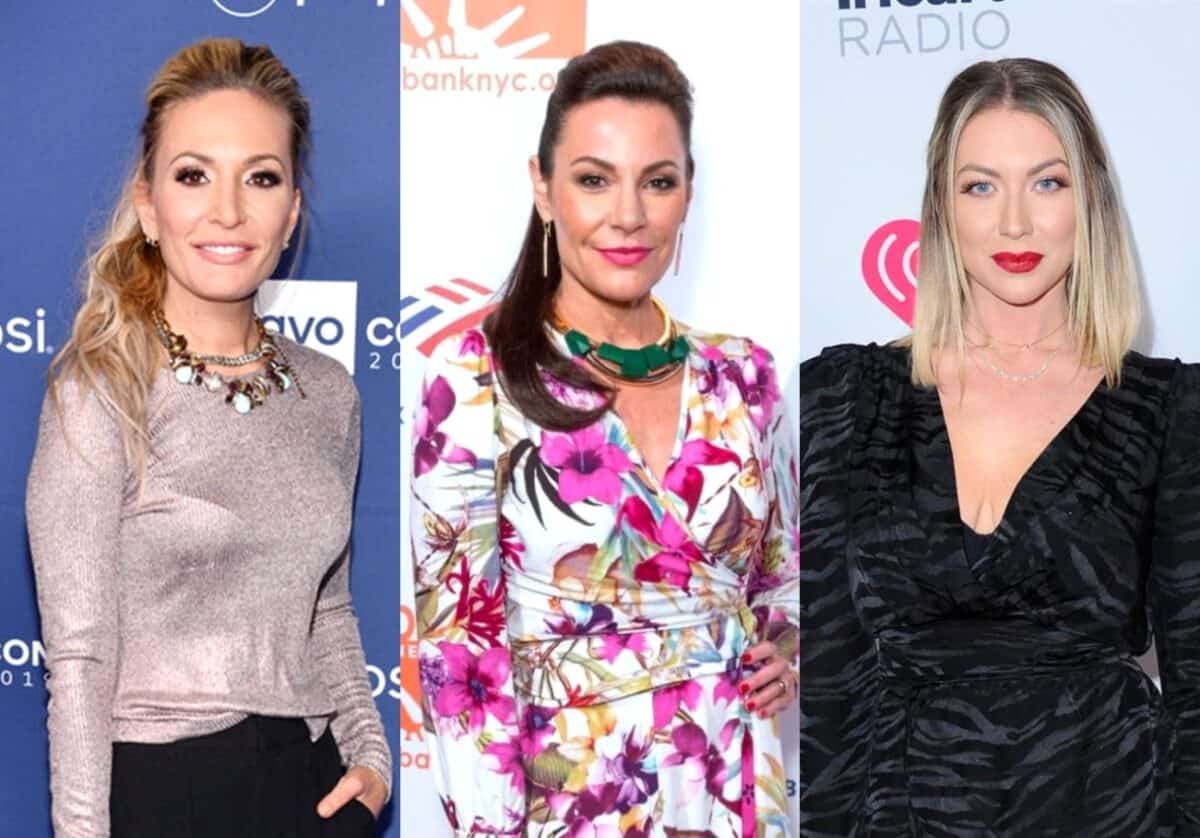 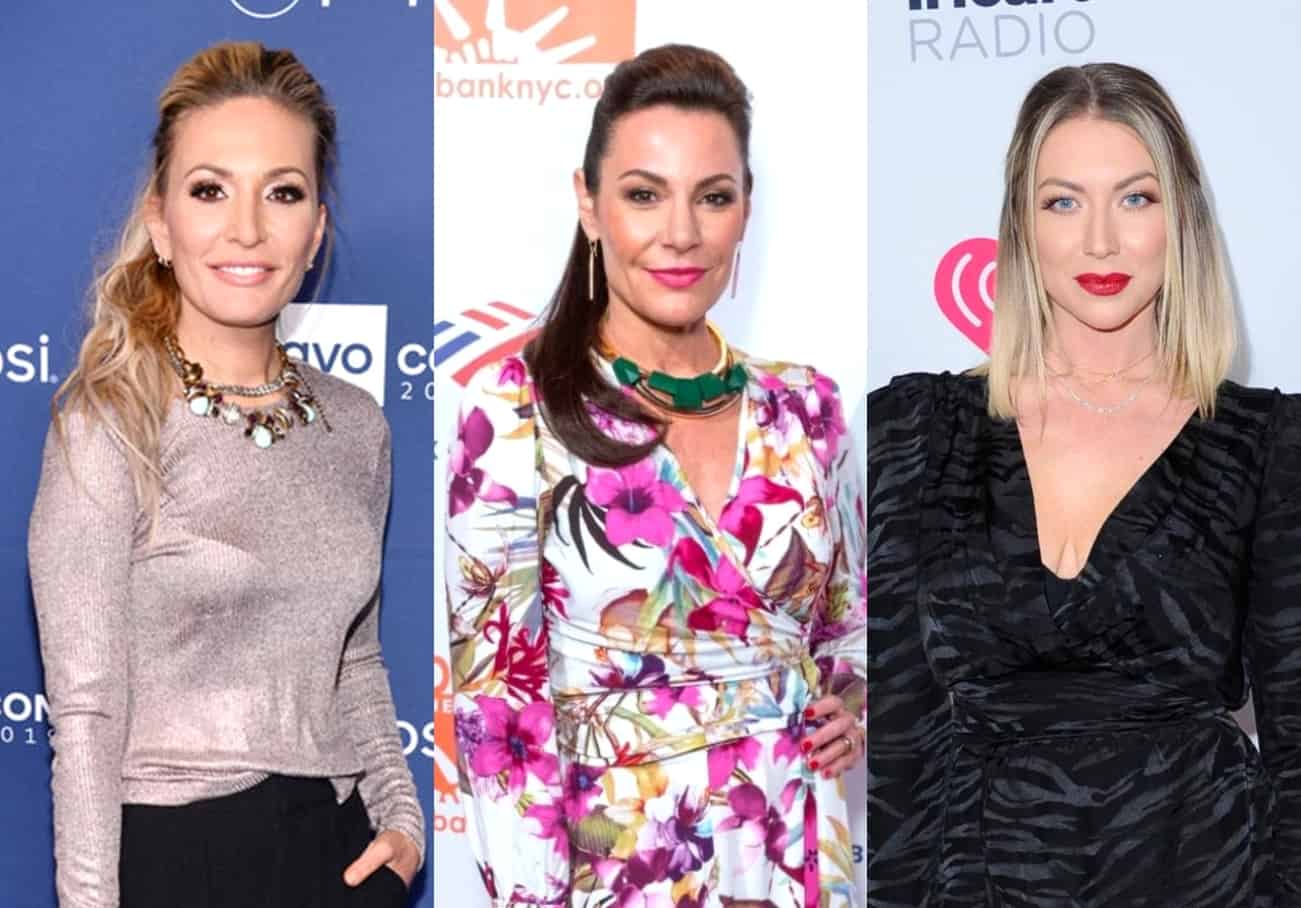 Former Below Deck star Kate Chastain opened up about her worst experiences with Bravolebrities during an Instagram Live session earlier this week. She revealed that she endured rocky encounters with both Luann de Lesseps, of The Real Housewives of New York City, and Stassi Schroeder, formerly of Vanderpump Rules, in recent years.

Months after announcing her exit from Below Deck, Kate took aim at Luann and Stassi for treating her poorly before shading the Pump Rules cast, reacting to Dorinda Medley‘s exit from RHONY, and revealing why she’s “Team [Denise Richards].”

“I was on Watch What Happens Live with Luann and we were like 60 seconds, 30 seconds until going live. And [Andy Cohen], being the great host that he is, said, ‘Oh Luann,’ this is right when she had her engagement party on the yacht, he goes, ‘Oh Luann you just got the yacht and Kate works on yachts!’ And she goes to me, ‘Well, I guess you’re below deck and I’m above deck,’” Kate recalled to Danny Murphy on his #VentiVents series.

“It was a 130-foot yacht and it was borrowed from a friend for a night,” she continued.

As for her encounter with Stassi, that happened during an event for the Watch What Crappens guys at a comedy club in West Hollywood, California.

“I was there with a good friend of mine, who actually had done a lot of standup over the last 10 years at that club. Like, this is her living room and she also works in the reality TV business, but behind the camera. So Stassi didn’t know that. We were having a great time and then the person next to me, who I [didn’t] know, taps me on the shoulder, and goes, ‘Stassi just texted me and said your friend and you are being too loud.’ A basic stranger tapped me on the shoulder and was like, ‘I just got a text that Stassi would like you guys to stop having so much fun,’” Kate revealed.

RELATED:  Below Deck Mediterranean Recap: Rob Shows His Love For Jess With a Big Surprise; Aesha is Back to Join the Crew

While Kate is a fan of many Bravo shows, she said she can do without Pump Rules before suggesting the series is nothing more than “a coked up” version of The Hills.

Moving on to Dorinda’s sudden departure from RHONY, which may or may not have been her decision, Kate said it was time for Dorinda to leave the series.

Although Elyse Slaine‘s potential return has not yet been confirmed, Kate wouldn’t mind if she got the boot.

Also during her interview with Danny, Kate confirmed she is “Team Denise” when it comes to her ongoing feud with Brandi Glanville before noting that her allegiance to Denise does not mean she believes their supposed affair didn’t happen.

RELATED:  RHONY’s Dorinda Medley Shares if She Still Speaks With Ex-Boyfriend John Mahdessian and Explains Why She Doesn’t Consider Their Split a “Break Up,” Shares Thoughts on Marriage

“I’m Team Denise because I met her at BravoCon and she was so nice. She made a point to come up to me and was super complimentary. But now knowing what I know, I’m like… Well, maybe it was more than complimentary,” Kate joked. “She was so real and cool.”

Continuing on about the drama of The Real Housewives of Beverly Hills, Kate said that she believes Brandi “wants attention [and] screen time” before saying she does “think they probably hooked up.”