Austin Powers Halloween Masks Are Selling Out, Thanks to ‘Baby Driver’ 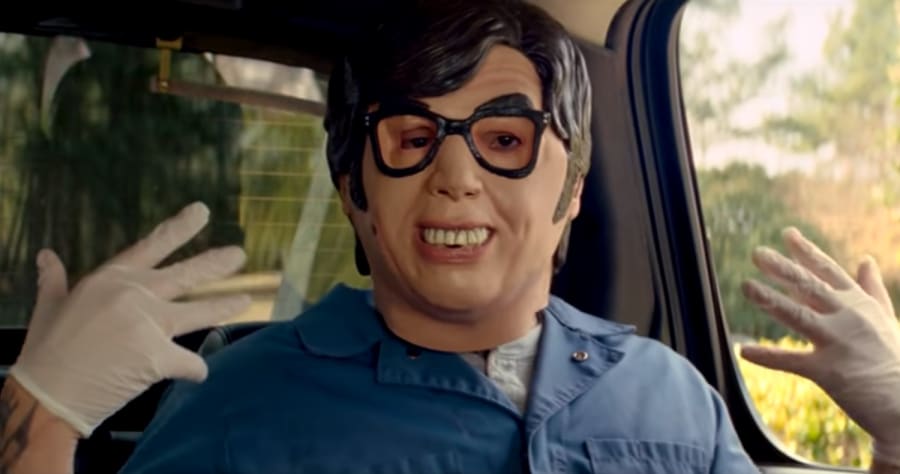 Edgar Wright’s “Baby Driver” will no doubt inspire some cool Halloween get-ups this year, but one particular sight gag from the film is already causing a run at costume shops — and it has nothing to do with Ansel Elgort’s titular character.

According to The Hollywood Reporter, Austin Powers masks are selling out at Halloween retailers all over the country, and are virtually unavailable from online outlets like Amazon and eBay. That’s reportedly thanks to a joke from the action flick, which features a bank robber (Lanny Joon) accidentally buying the masks for his cohorts (Jamie Foxx and Flea) because he was told to purchase Michael Myers masks — but mixes up the iconic “Halloween” character with the actor Mike Myers, who starred in “Austin Powers.”

In an interview with THR, Wright said he actually warned “Austin Powers” studio Warner Bros. that it might see a run on masks featuring the character this Halloween season thanks to the “Baby Driver” shout-out.

“I’m very proud,” the director told the trade. “I feel like through my career, I have given people some very easy Halloween costumes, like Shaun in ‘Shaun of the Dead.'”

Myers himself also spoke with THR, and joked that he was delighted by his resurgence in popularity.

“I’m equally proud of my work as the killer in ‘Halloween’ as I am for my work in ‘Austin Powers,'” the actor said.