Andy Serkis on Completing the ‘Planet of the Apes’ Trilogy, ‘Star Wars,’ and Marvel’s ‘Black Panther’ 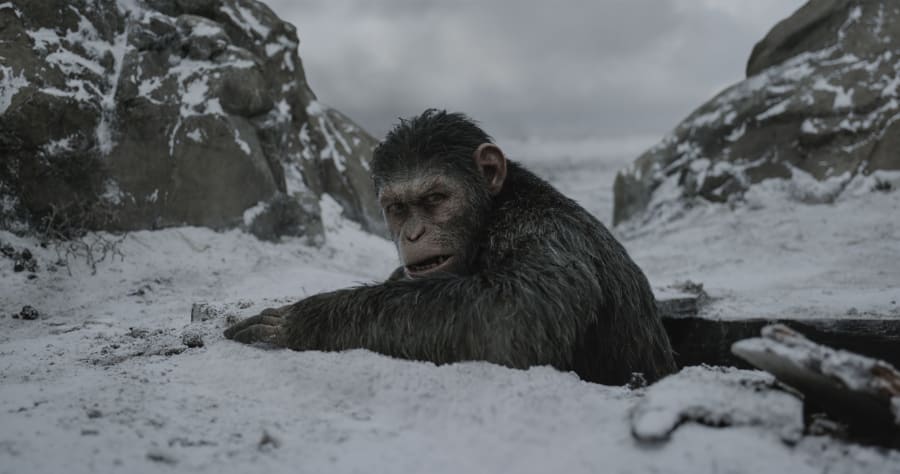 As we keep learning time and time again, a performance by actor Andy Serkis is as composed of emotion and psychology as it is of digital pixels.

Over the past several decades Serkis as emerged as the master of captivating and cutting-edge performance capture roles that bring computer-generated characters to startling life on the screen. He’s portrayed everything fromGollum in Peter Jackson‘s “Lord of the Rings” and “Hobbit” films, the titular giant ape in Jackson’s remake of “King Kong,” and Supreme Chancellor Snoke in the new “Star Wars” features.

But no role has showcased the scope, subtlety and profound impact of Serkis’ acting skill as well as his turn as Caesar in the recent trilogy of rebooted “Planet of the Apes” films. It’s a complex and moving performance that followed a chimpanzee whose elevated intelligence ultimately sparks a primate revolution. As a performer Serkiss reached a singular status akin to creature character actor and makeup maestro Lon Cheney, the legendary Man of a Thousand Faces, although Serkis is disguised in ones and zeroes rather than putty and greasepaint.

“In a word, Andy is fearless,” says Joe Letteri, the director of the acclaimed visual effects house Weta Digital, which has collaborated with Serkis throughout his career. “He is totally committed to the character, and to him, the lack of a costume doesn’t really matter. In his head he is Caesar, and he also has a lot of confidence that we’re going to give him that back at the end of the film. He sees that it will be his performance, but it will be Caesar doing it.”

With “War for the Planet of the Apes,” the final installment in the “Apes” trilogy, now available on digital and arriving on 4K Ultra HD, Blu-ray and DVD today, Serkis joined Moviefone for a look at the totality of his experience playing Caesar, and a glimpse into what lies ahead for him.

Spoiler warning for those who haven’t seen “War for the Planet of the Apes” yet (and really, what are you waiting for?)

Moviefone: What a great opportunity to be able to play any character through this many stages of life. Tell me what was the essential acting challenge throughout all three movies.

Andy Serkis: Wow -– the essential acting challenge was that there are so many journeys to be taken, because this was not just an ape. He’s an orphan that has got coursing through his veins this accelerating drug that obviously is a virus to human beings, but is actually accelerating his evolution. So he’s a chimpanzee-plus, really.

The way I approached Caesar was that he almost believed himself to be a human in ape skin. He was brought up by human beings, and was brought up with a lot of love, and then only when he’s in his teen age he becomes aware of himself as a chimpanzee. So when he is then thrown into the sanctuary in “Rise” with all the other apes, he feels like an outsider. But being that outsider, being half-human, if you like, gave him the ability to galvanize all the disparate groups of apes, the chimpanzees, gorillas, orangutans, bonobos.

He wasn’t tribal about being a chimpanzee. He was able to bring the others and unite them together. So the main journey in that first film, to becoming a revolutionary leader, was this search for his own identity. Obviously, he’s evolving, too, and he’s beginning to speak.

In the second film he then becomes a leader of a civilization. We see it 10 years later, and it’s moved on, and he’s become a father. He has a family, but he’s also got a tribe, and he’s building a new order, a new world, and a new set of beliefs, and a new set of belief systems. The process of finding Caesar in that movie was all about who were the great leaders in the world that I could base him on, and Nelson Mandela was my inspiration for him in the second film.

In the third film, as the evolution continues and he’s now speaking, and using human words as well as ape vocalizations and sign language. At the beginning of the movie obviously there is a catastrophic incident where he loses his family, where they’re wiped out. Really, for me, this film was the closest to myself. I had to ask myself the question, “If I were Caesar, and this happened to my family, how would I respond?”

Really, it’s quite an introspective look. I was no longer looking at chimpanzees, or great leaders, but I was looking deeply into myself, and how I would respond if I were placed in that position. Would I ever be able to forgive the Colonel for doing that, despite the fact that Caesar knows intellectually that forgiveness is the only way forward, and that carrying hatred and rage is a road to destruction.Those are the key journeys.

You’ve devoted considerable time to studying apes and chimpanzees throughout your career, and I’m curious about what you wanted to take from them to layer into Caesar’s character, and what you’ve learned about our primate brethren along the way.

Well, going back as far as “King Kong,” actually, I studied gorillas in the wild, as well as in captivity. Obviously I studied chimpanzees in captivity, but remember when I started looking at gorillas, and I followed a troupe of 23 gorillas up in Rwanda, I realized that very soon it wasn’t just about studying ape behavior. It was: these are characters. All of them are individual characters, as you and I.

I mean, we are 97% genetically the same. You can see their personalities, you can see when they’re having a good time, or a bad time, or when they’re feeling aggressive, or when they’re feeling sad. I think that was such a big epiphany for me, in terms of forming an opinion about how to create the character. That was the biggest learning curve, that they are so individual, and that they deserve human rights, and of course now they partially have human rights, which is a huge move forward.

Tell me a little bit about how playing a character like Caesar is no different from any other acting job you’ve had, and then in what ways is there a major difference?

What people misunderstand about performance capture is they tend to think there’s some mystery behind it, but it’s absolutely no different creating a character like Caesar, who has a backstory, an emotional center, a physicality, a psychology. You would do that if I was playing a serial killer, or a doctor who’s depressed. You build all that imaginary world, and physicality, and the way they stand, where they carry their pain, how they converse, are they shy? You’re building this whole world for a character.

There’s no difference between doing that and creating a character like Caesar, because it’s an individual. Like I say, it’s a character. It’s not just mimicking some monkey movements, as some people think it is. There is no difference at all (and I’ve always said this) between live action acting and acting in a motion capture suit. But obviously if you’re playing a character like Caesar, he is an extraordinary character because you’re getting to play him all the way from birth through to death. So there are so many choices, and of course he’s evolving throughout this whole journey. There are things specific to the character which are challenging of themselves.

We’re going to see you again soon as Snoke in “The Last Jedi,” which is another performance capture character, and we’re gonna see you again as Klaue in “Black Panther,” in which you appear more as yourself. Tell me what are the fun challenges of those two roles for you as an actor?

Well, Snoke is a very, very dark character. He’s damaged, and out of control, and his lust for power is enormous. So it’s great to climb into the dark soul of a character like that.

Ulysses Klaue, on the other hand, is trying to expose what he believes is the hypocrisy of Wakanda. He’s driven by… There’s a slight revenge aspect to that character that is dangerous, but also he’s a regular guy. He happens to be a mercenary. He happens to be able to hold many governments up for ransom if he chooses, because he’s connected in terms of the way he deals with arms. He’s a powerful character, but he’s also obsessed with personal wealth, and obsessed with vibranium, in particular.

What’s the thing that you want to do to challenge yourself next? Is there a level you want to get to that you haven’t gotten to?

Well, as a director I’m challenging myself hugely. I’ve just directed a film called “Breathe,” which is out in cinemas right now, and I’m still finishing off “The Jungle Book [Origins],” which I’ve directed for Warner Bros., which is a much darker telling and closer in tone to Rudyard Kipling’s book.

In terms of performance capture in the future, I think we’re just really still in its infancy, because it’s usable, performance capture now, across so many different platforms. Not only blockbuster movies, but now for television, and obviously it’s been used in video games, but now that video games are becoming much more like immersive, interactive movies, it really works well there.

And then there’s all these new environments of virtual reality, and mixed reality, and also live performance on stage, we’ve started experimenting with. I have a company called The Imaginarium, which is entering into all of those world, and trying to take it to the next level.