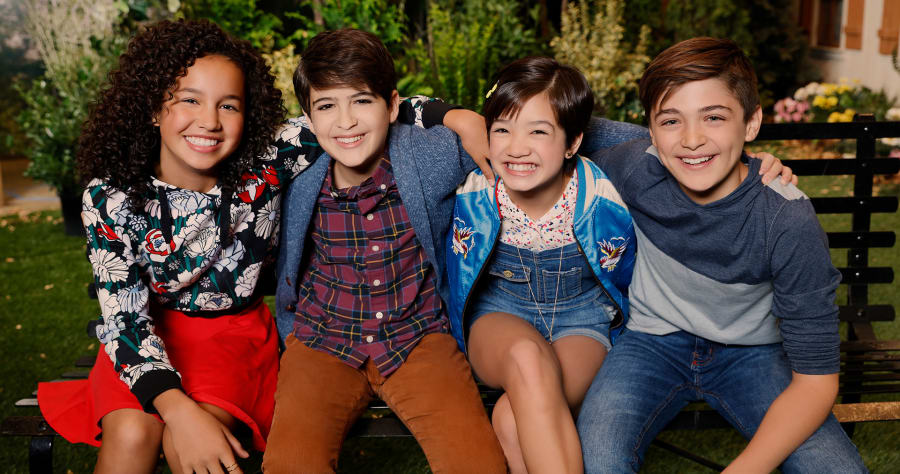 “Andi Mack” is giving 13-year-old Cyrus his own coming-out storyline in Season 2.

The Disney Channel has never before had a gay main character come out to his friends, but Cyrus Goodman’s (Joshua Rush) journey to self-discovery will start with the Season 2 premiere this Friday.

“‘Andi Mack’ is a story about ‘tweens’ figuring out who they are,” Disney Channel said in a statement (via Deadline): “(Creator) Terri Minsky, the cast and everyone involved in the show takes great care in ensuring that it’s appropriate for all audiences and sends a powerful message about inclusion and respect for humanity.”

According to Deadline, “Andi Mack” — starring Peyton Elizabeth Lee as the 13-year-old title character — is the top series of the year among girls (median age is 10) and No. 1 in its time period among all children ages 6-14.

Fans took to social media to praise this ground-breaking storyline:

#AndiMack having a tween coming to terms with his sexuality on DISNEY CHANNEL makes me so proud. This is going to save so many lives.

literally thought i would never see a gay kid on disney channel in my lifetime wow https://t.co/tQ43v9Cuuh

I love #AndiMack, and this legit just made my day!! https://t.co/4GTQ9K1DzI

Thank you #disneychannel for the representation we’ve needed! I guess I’ll be watching #AndiMack !!! https://t.co/KVHuPW7g2P