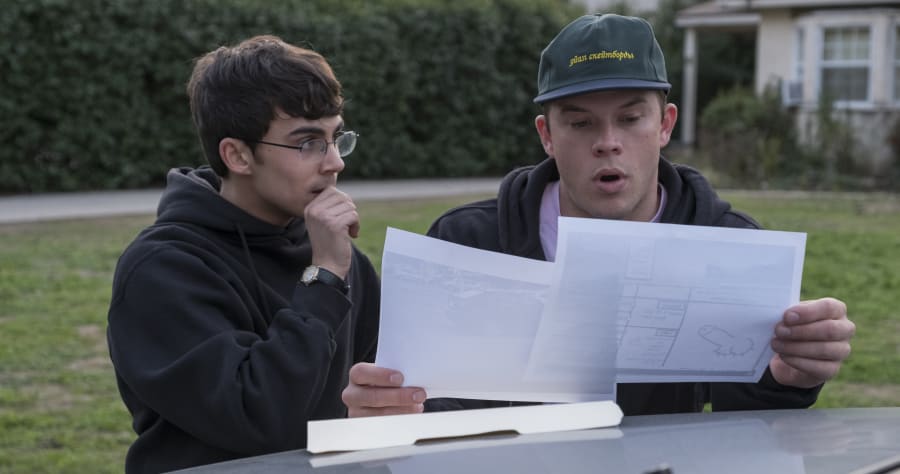 Netflix is bringing us more not-true crime: After a successful first season, “American Vandal” has been renewed.

The mockumentary series got an official Season 2 announcement Thursday in the form of a video. Although it didn’t reveal many details, the video did raise a new question: “Can you be born above the law?”

With the renewal, we’re in for another round of exploring silly high school crime in the very serious style of true crime series like “Making a Murderer” and “The Keepers” (both fellow Netflix originals). In Season 1, we learned of a shocking crime — but instead of it being a brutal murder, it was a rash of phallic drawings on faculty vehicles. It made for solid satire, and we’re happy to see more.

Over the course of Season 1’s eight episodes, sophomore Peter Maldonado (Tyler Alvarez) examined the evidence, trying to determine whether senior Dylan Maxwel (Jimy Tatro) was indeed behind the lewd drawings. Maldonado will delve into a new crime in Season 2 and introduce us to new suspects. We’re ready to play armchair detective again.