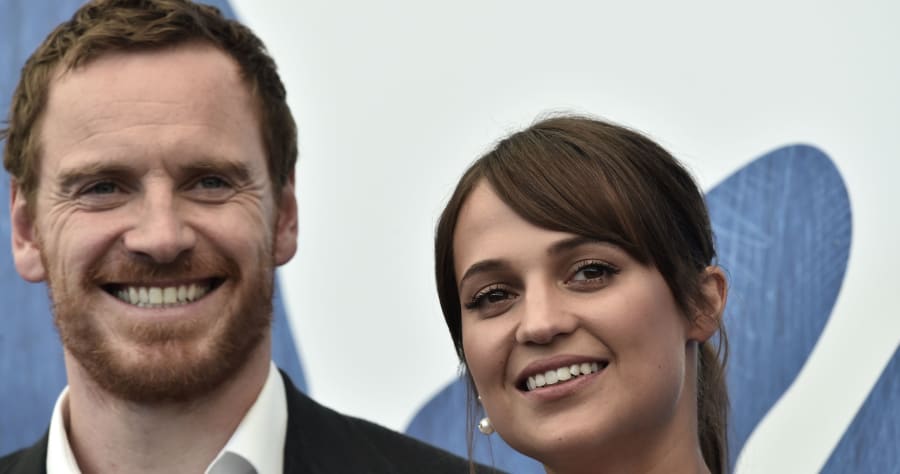 “The Light Between Oceans” co-stars Michael Fassbender and Alicia Vikander are now husband and wife. People “confirmed” the news after photos came out in the Daily Mail showing the stars on Sunday wearing wedding bands.

Fassbender, 40, and Vikander, 29, were reportedly married over the weekend at the La Granja farmstead resort in Ibiza.

But everyone is freaking out over Joe Jonas being engaged when Michael Fassbender got married over the weekend. And NOT TO ME.

The stars’ reps have yet to comment, and they may not, since Vikander and Fassbender have been pretty private about their relationship this whole time.

They met in 2014 while making “The Light Between Oceans” in New Zealand and Australia. “Yeah, we met on that job and have been seeing each other since,” Fassbender told GMA last year. “She’s such a fierce performer. She’s so brave. She’s not afraid to bring ugly personality traits to the forefront in characters. So I was really impressed by her immediately.” They reportedly briefly split up in 2015, but got back together and celebrated with a kiss at the Oscars when Vikander won Best Supporting Actress for “The Danish Girl” at the 2016 Oscars.

Both Fassbender and Vikander are busy with their own projects — including “The Snowman” and “X-Men: Dark Phoenix” for him, and “Tomb Raider” for her — but hopefully they can enjoy this honeymoon period, and many happy years to come. Congrats!