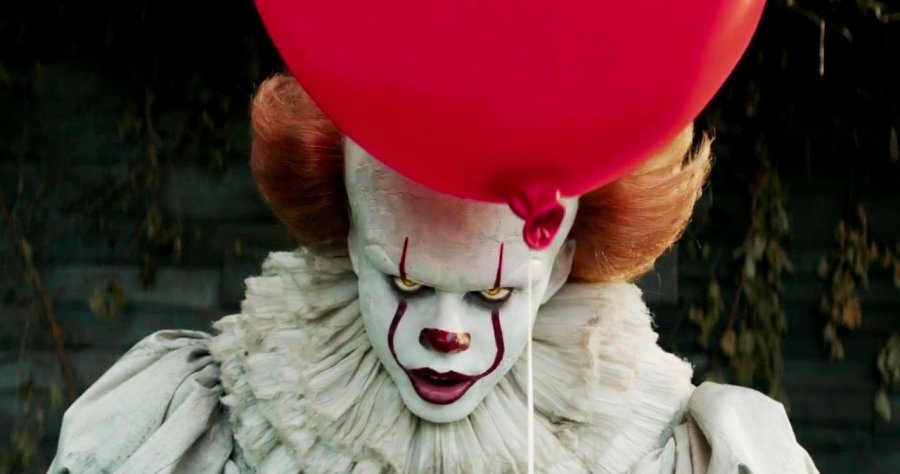 It’s not quite as cool as having Bill Murray randomly crash your shoot, but one couple recently had another unexpected pop culture guest pop up in their engagement photos: Pennywise, the evil clown from “It.”

According to Twitter user Jesse McLaren, a self-described humorist and a writer for BuzzFeed, his sister asked him to take some pictures of her and her fiance for an engagement shoot. Naturally, as any brother is wont to do, he couldn’t help but mess with his sibling a bit, and decided to edit an image of Pennywise — both Tim Curry‘s version from the 1990 miniseries, and Bill Skarsgard’s recent portrayal in September’s big screen adaptation — into every photo.

My sister asked me to shoot her engagement pics so I hid Pennywise the Clown in every photo. Countdown until she notices. pic.twitter.com/Z7QZPsq2ym

“Countdown until she notices,” McLaren wrote on Twitter, where he shared four of the silly snaps.

While some of the Pennywises weren’t exactly super well-hidden (the first two images in particular make it seem pretty obvious that there’s an uninvited guest in the picture), we have to give McLaren props for his work inserting the evil being into the shadows of the last photo. The prankster later shared the update that his sister caught on to the ruse pretty quickly, though her response to the joke was similarly amusing.

“On one hand, I really hope that you get the help that you need,” the bride-to-be wrote in a text message. “On the other…I totally want to use these.”

Fingers crossed that McLaren’s sister actually goes through with it. Maybe she and her fiance can have a horror-themed wedding around Halloween 2018?