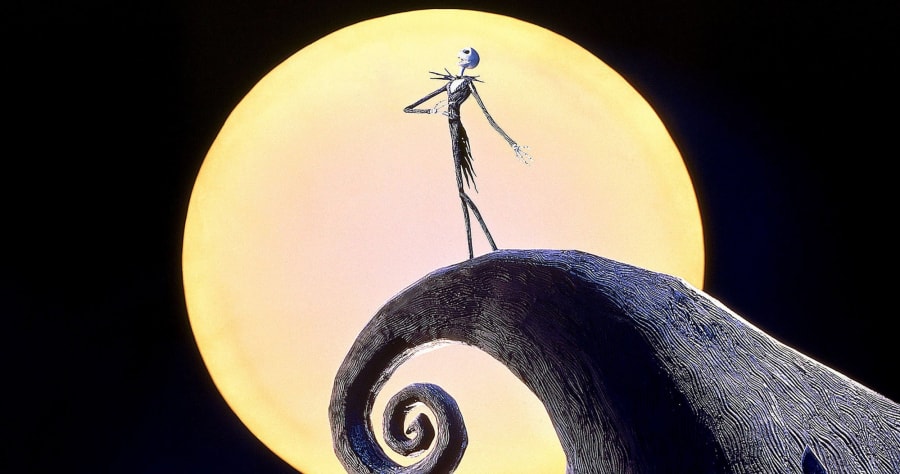 It seems like this time of year everyone is watching a Tim Burton animated film. Whether it’s “The Corpse Bride,” “Frankenweenie,” or “The Nightmare Before Christmas” (which takes over the Haunted Mansion at Disneyland each yet and remains a merchandising juggernaut), his forays into animation are perfect for family-friendly frights. In fact, animation is such a key part of Burton’s larger filmography, whether it’s the stop-motion-animated snakes from “Beetlejuice” or the wholly imagined CGI worlds of “Alice in Wonderland,” that it’s not hard to imagine that when Burton began his filmmaking career, he was animating cutesy animals for Disney. Because that’s exactly how he began his filmmaking career, morosely scribbling in the background of features like “The Fox and the Hound” (made in the post-Walt, pre-Eisner doldrums).

In fact, his history with Walt Disney Animation Studios is long and fascinating — and a relationship that continues to this day.

1. His Art Rarely Made it Into the Final Films

When Disney Animation hired Burton in the early 1980’s, it was in the role of an apprentice. He would do odd artistic jobs, before working on films such as the aforementioned “The Fox and the Hound,” the disastrous (but more thematically in-sync) “The Black Cauldron,” and “TRON” (with Walt Disney Animation assisting with the complex visual effects). The only problem was that most of his pre-production artwork (storyboards, concepts and character designs) never made it into the final films. They were too idiosyncratic and expressive in weird and different ways than the studio was comfortable with — especially at that incredibly conservative time. After directing several shorter projects, including a bizarre, Japanese-inspired “Hansel and Gretel” adaptation that aired on the Disney Channel once, on Halloween Night, Burton was quietly fired.

2. He Worked Alongside Some of the Greats…

While he worked at Disney Animation, he was alongside many of his classmates at CalArts. These artists would go on to shape modern animation in profound and impactful ways, folks like Ron Clements and John Musker (directors of “The Little Mermaid” and “Moana”), Don Bluth (who would go on to create “An American Tale”), Brad Bird (director of “The Incredibles”) and John Lasseter (a founding member of Pixar and head of the creative side of Disney). Clearly this was a very talented bunch.

3. …Including His Longtime Collaborator Rick Heinrichs

Also at Walt Disney Animation at the time was Rick Heinrichs. Heinrichs helped on projects like 1980’s “Watcher in the Woods,” and would produce many of Burton’s early efforts. He would go on to work on nearly all of Burton’s films in some capacity, from doing visual effects on his episode of “Alfred Hitchcock Presents” to working as a production designer on “Dark Shadows” and “Sleepy Hollow.” For “Nightmare Before Christmas,” he was credited as a visual consultant although his work began long before the film was actually produced.

4. ‘The Nightmare Before Christmas’ Was Written During His Time at Disney

And speaking of “Nightmare Before Christmas,” while the finished movie seems fully formed and birthed from Burton’s imagination, it actually took a long time to make it to the big screen and actually began during his time at Disney Animation. That’s when Burton wrote a poem and, later, a treatment for the project, which he hoped would be narrated by his friend and mentor Vincent Price. Even Heinrichs created models for characters and helped with storyboards. Eventually the project stalled, Burton left the company, and it seemed like all was lost. Until, years later, Burton realized that Disney still owned the rights. They were emboldened by both the success of “Who Framed Roger Rabbit,” which had involved an outside animation studio, and the progress they were making with Pixar and Burton’s old classmate and colleague John Lasseter on what would become “Toy Story,” and so started developing the project, in earnest, once again. Pixar ultimately provide computer effects for the project, which is a bonus fact! They returned to Henry Selick, a Disney animator at the time Burton conceived the idea, to helm the project.

5. When He Finally Wanted to Make It, He Envisioned ‘Nightmare Before Christmas’ as a Holiday Special

When the project was revived, Burton held on to the idea that it would be a half-hour television special like the Christmas specials that had inspired him initially. But Disney thought bigger — this was going to be a feature. One of the ways the filmmakers expanded the story was by making it a really-for-real musical featuring original songs by close Burton confederate Danny Elfman. The music became one of the key aspects of the film and one of its most beloved components.

6. A ‘Nightmare’ Sequel Was Proposed

While not initially seen as a success, the cache of “The Nightmare Before Christmas” steadily rose over the years, with merchandising being made (and selling out), the overlay of Haunted Mansion becoming a yearly sensation, and appropriations of Jack and Oogie Boogie into other sectors of the company (videogames, etc.) In 2008 Selick admitted that Disney had approached Burton about making a sequel, although instead of utilizing the painstaking artform of stop-motion, they’d want to make it using computer animation. Burton said no. Years later Selick would set up a stop motion division of Pixar, only to see it crash and burn before the first feature was produced, leading to an $80 million write-down for the company and bad blood between the filmmaker and studio. 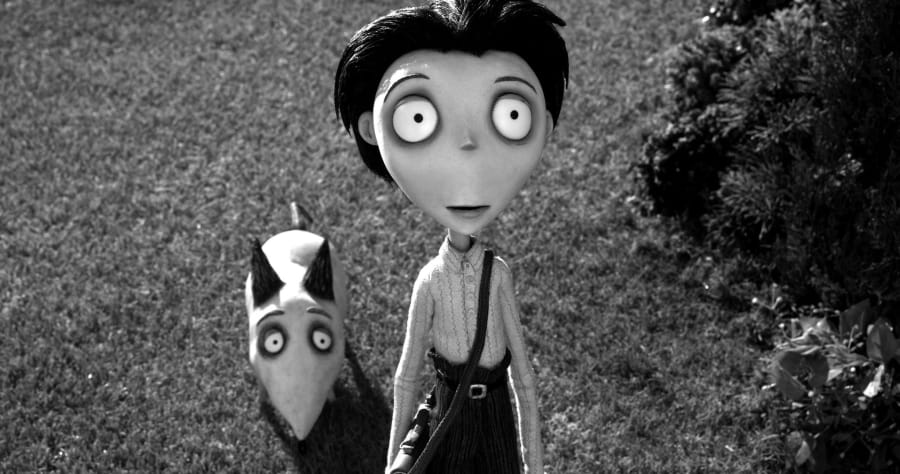 7. ‘Frankenweenie’ is Based on a Short he Made at Disney

Another more recent animated feature, “Frankenweenie,” was based off of something Burton had made back when he was at Disney (around the same time he came up with the “Nightmare Before Christmas” idea). Back then it was a live action short about a young boy who brings his beloved pet dog back from the dead. Its macabre sense of humor and darkly-tinged visuals were part of what got him fired from the studio. But after the success of “Alice in Wonderland” (in part based off of a Walt Disney Animation Studios film), Disney made a new deal with Burton and part of that deal was an animated remake of “Frankenweenie,” produced in black-and-white and using the same stop-motion techniques as “The Nightmare Before Christmas.”

8. His Next Feature is a Remake of a Walt Disney Animation Studios Classic

And Burton’s relationship with Disney Animation continues! Burton’s next feature, due out in 2019, is a remake of “Dumbo,” the animated classic. It will continue in the footsteps of his previous work, by taking a whimsical, somewhat malevolent approach to the material. We cannot wait!