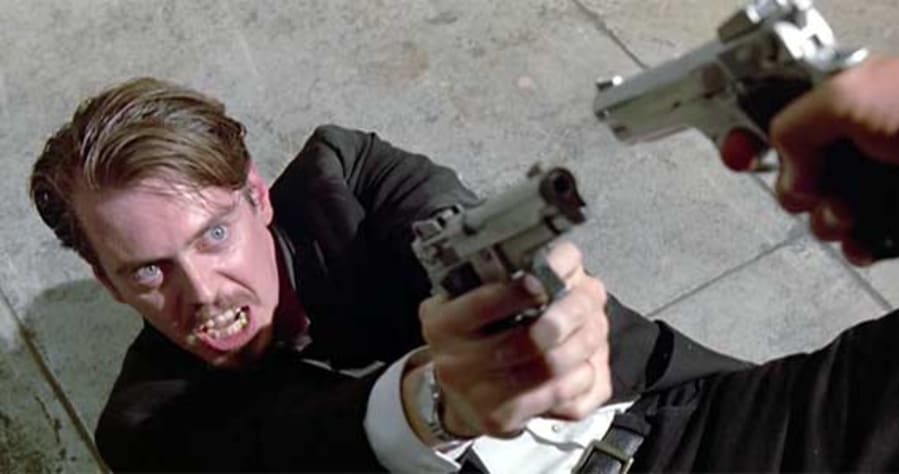 When it was released 25 years ago this week, on October 23, 1992, “Reservoir Dogs” made little impact at the box office, yet throughout the filmmaking world, it went off like a nuclear bomb.

It’s hard to remember now what it was like before “Reservoir Dogs,” when no one had heard of Quentin Tarantino, and when movies weren’t routinely filled with chatty gangsters, self-conscious dialogue full of pop-cultural digressions, curated soundtracks full of forgotten ’70s chestnuts, and casual sudden spurts of extreme violence.

“Reservoir Dogs” became a cinema touchstone, influencing a generation of filmmakers the way Martin Scorsese‘s “Mean Streets” had influenced Tarantino and some of his peers. Still, as pervasive as the movie became, the celebrated crime drama still has some secrets. 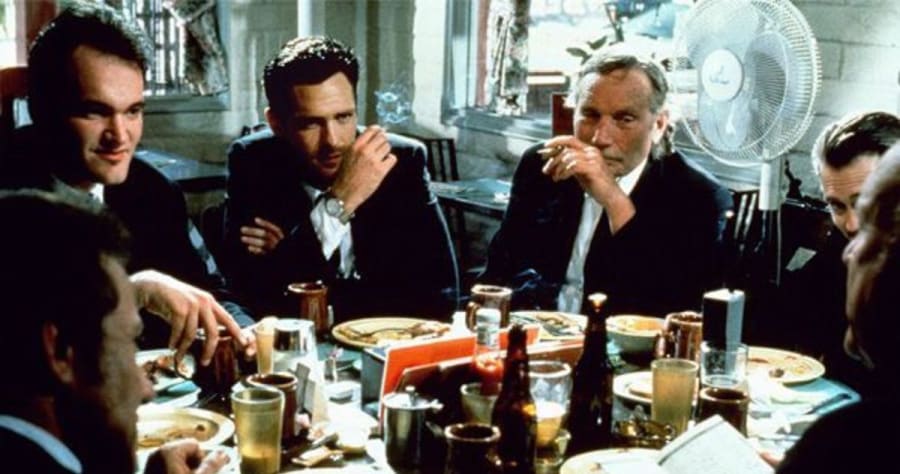 1. The source of the title is still shrouded in mystery. One account says that the phrase was coined by a video rental customer at Tarantino’s legendary pre-fame job clerking at Video Archives in Manhattan Beach, California. When Tarantino recommended “Au Revoir, Les Enfants,” French director Louis Malle‘s acclaimed 1987 drama, the patron mispronounced the title as “Reservoir Dogs.” Another account, however, says that the movie wasn’t yet available for rental during Tarantino’s tenure at Video Archives, and that it was Tarantino who misheard the title after his then-girlfriend recommended the film to him.

2. A third account says the title is a mash-up of “Au Revoir, Les Enfants” and Sam Peckinpah‘s ultra-violent “Straw Dogs.” (Mangled title aside, it’s not clear what “Au Revoir,” a movie about a French school hiding Jewish children from the Holocaust, has to do with the heist film Tarantino made, though you can see echoes of it in the opening section of the director’s later World War II epic “Inglourious Basterds.”) 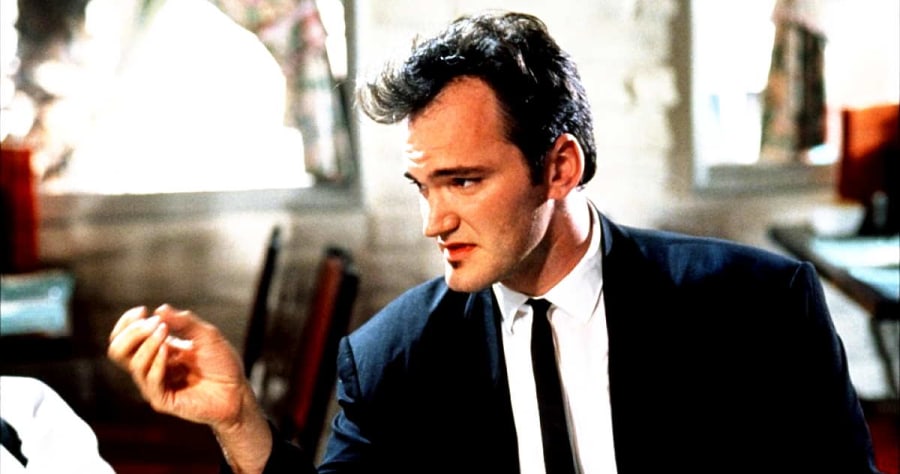 3. “Reservoir Dogs” is often cited as Tarantino’s debut film, but the first film he directed and co-wrote was a short called “My Best Friend’s Birthday.” It’s a film that’s seldom been seen outside of festivals, especially since half of it was destroyed in a lab fire.

4. Tarantino’s original idea was to make an anthology film of three related crime stories, one of which he later broke out by itself to expand into “Reservoir Dogs.” Of course, he kept the anthology-structure idea and used it for “Pulp Fiction.” 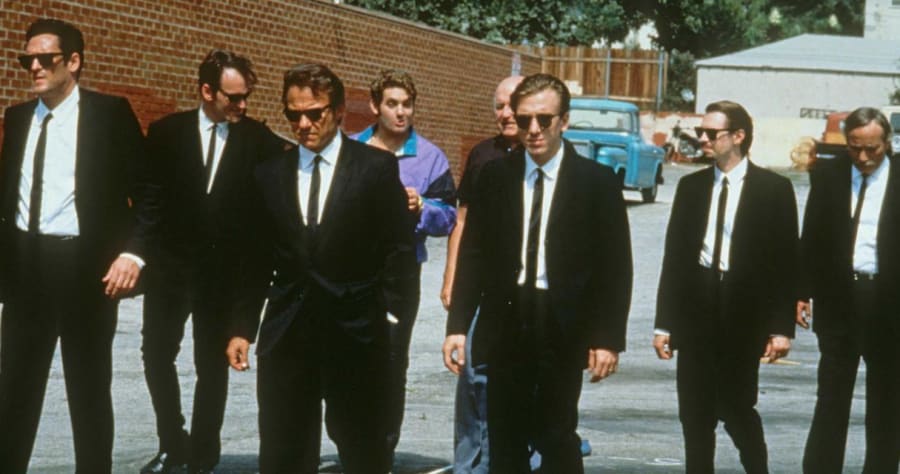 5. Initially, Tarantino planned to make “Reservoir Dogs” on the cheap, expecting to use the $50,000 he’d earned from director Tony Scott for the “True Romance” screenplay to shoot his crime picture in 16mm black-and-white, with a cast consisting of himself and his friends and relatives.

6. Lawrence Bender, who’d become Tarantino’s longtime producer, was initially supposed to play Nice Guy Eddie, the role that ultimately went to Chris Penn. But Bender’s wife, an acting coach, knew “Mean Streets” alumnus Harvey Keitel and passed along the “Reservoir Dogs” script to him. Keitel signed on to produce and to star as Mr. White, enabling Bender to raise $1.5 million to make the movie. 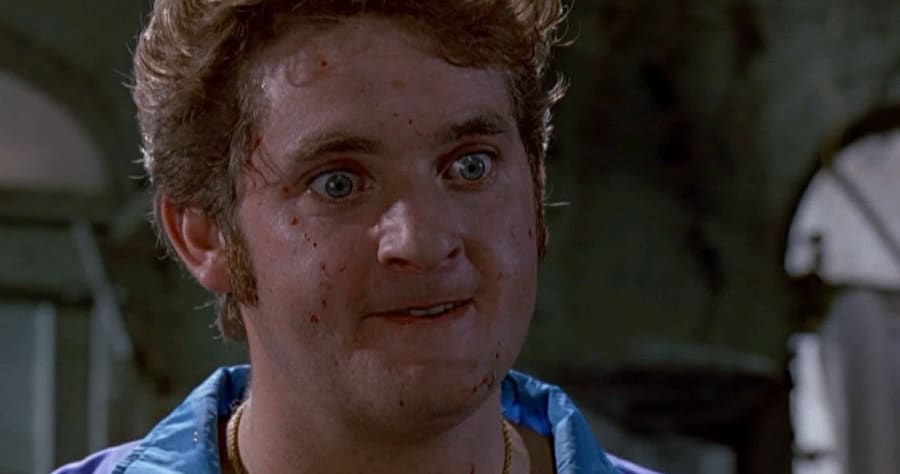 7. Discussing the screenplay with the then-unknown writer/director, Keitel asked, “How’d you come to write this script? Did you live in a tough-guy neighborhood growing up? Was anybody in your family connected with tough guys?” When Tarantino said no, Keitel asked, “Well, how the hell did you come to write this?” Tarantino replied, “I watch movies.”

8. Many actors have stories of how they failed to land parts in “Reservoir Dogs.” Tarantino supposedly sent James Woods repeated offers for a role, only to have the actor’s agent fail to forward them to him. A pre-fame George Clooney auditioned, but had little chemistry with the others, though he’d land the lead four years later opposite Keitel and Tarantino in the Tarantino-scripted “From Dusk Till Dawn.”

9. Character actor Timothy Carey said he auditioned for the role of heist mastermind Joe Cabot but lost the role to his pal, veteran gangster-movie actor Lawrence Tierney, who Carey said later called him to apologize. Robert Forster also read for the part of Joe Cabot; five years later, Tarantino would give him the career-reviving male lead role in “Jackie Brown.”

10. Before giving himself the smaller role of Mr. Brown, Tarantino initially wanted to play Mr. Pink. Steve Buscemi, who ultimately played the role, claims that Mr. Pink’s famous monologue — about his disdain for the practice of tipping in restaurants — echoes Tarantino’s actual feelings about the subject.

11. Michael Madsen got to play Mr. Blonde because Keitel recommended him after having worked with Madsen in “Thelma & Louise.”

12. Another famous stretch of dialogue, the opening scene’s debate about the meaning of Madonna’s “Like a Virgin,” made an impression on the singer herself. After seeing the film, which she reportedly enjoyed, she sent Tarantino an autographed copy of her “Erotica” CD and wrote him a note that read, “Quentin, it’s about love, not d**k.”

13. Tierney kept up his colorful, tough-guy persona off-camera. Tarantino reportedly fired him after the two got into a heated argument, but the filmmaker relented and rehired him. His castmates recall a night of drinking with the actor that ended with Tierney outside a bar with his pants around his ankles. Eddie Bunker, the real-life bank-robber-turned-crime-novelist who played Mr. Blue, claimed he and Tierney got into a fistfight in the 1950s, an incident Tierney said he didn’t remember.

14. The Los Angeles warehouse where much of the film was shot was an oven, with temperatures inside reaching 100 degrees. It was so hot that the prosthetic ear prop for the torture scene kept melting, and the pools of fake blood kept drying out and turning to glue, leaving poor Tim Roth (Mr. Orange) stuck to the floor. Still, the shoot went off largely without a hitch, wrapping after just 30 days.

15. When Tarantino wrote the notorious torture scene involving Mr. Blonde and the captured cop, he knew he wanted to score the sequence to Stealer’s Wheel’s “Stuck in the Middle With You,” even mentioning the 1972 song in the script. Later, he called that mention a rookie move, arguing that, when music rights-holders see their song cited in a screenplay, they jack up the prices.

16. Who shot Nice Guy Eddie at the end? Penn said in 1996 that, during the final shootout, the fake blood squib he was wearing went off by accident, perhaps set off by all the other exploding squibs. So no one shot him, but Tarantino decided to leave the mistake in the film as something for viewers to ponder. 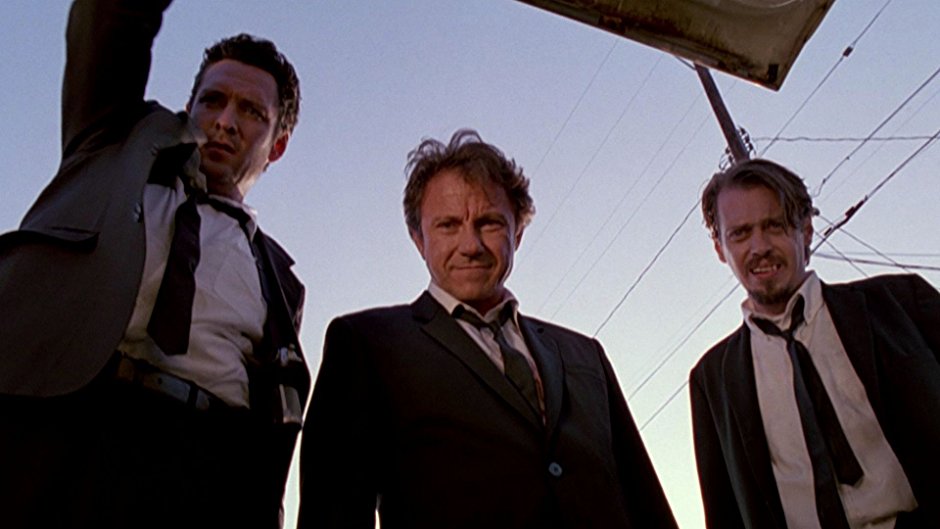 17. Early screenings of “Reservoir Dogs” were disastrous. At Sundance, the screening began with the wrong lens on the projector and ended with a power outage during the climactic stand-off. At other festivals, there were numerous walkouts over the movie’s extreme violence; at one screening, Tarantino counted 33 people leaving early. At another, Tarantino marveled that the walkouts included frequent slasher film director Wes Craven and horror movie make-up legend Rick Baker. Baker later told Tarantino to consider his walkout a compliment, so great was the movie’s emotional impact on him.

18. “Reservoir Dogs” made just $2.8 million in North American theaters, though it would ultimately earn 10 times that much on home video. 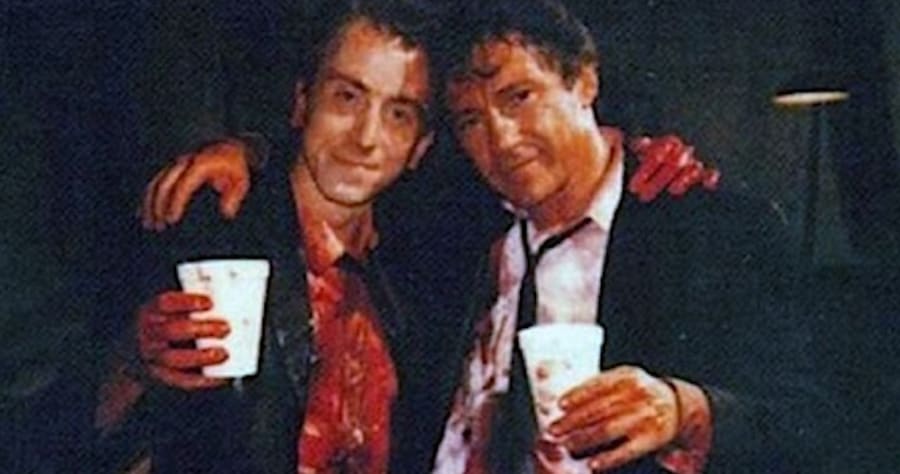 19. One frequent criticism of “Reservoir Dogs” particularly stung Tarantino. “If there’s one negative aspect about making ‘Reservoir Dogs’ as my first movie, it’s that people just assume that I can’t write women,” he said in 1994. “The scripts I wrote before that, ‘True Romance’ and the original script for ‘Natural Born Killers,’ people always complimented me on my female characters. There were no female characters in ‘Reservoir Dogs’ because the movie took place over the course of an hour in this warehouse after this robbery. These guys aren’t going to bring their girlfriends to the robbery. Joe didn’t happen to hire any women.”

20. Much has been made of how many movies the former video store clerk cribbed from in creating “Reservoir Dogs.” If you want to play spot-the-influences, you could start with Stanley Kubrick‘s “The Killing” (source of the heist plot), the original ‘The Taking of Pelham One Two Three” (inspiration for the code-named crooks), the spaghetti western “Django” (which inspired both the “Reservoir Dogs” ear-slicing scene and Tarantino’s later western “Django Unchained“), and two Hong Kong action milestones: John Woo’s “A Better Tomorrow II” (source of those natty black suits) and Ringo Lam’s “City on Fire” (blueprint for the final shootout).